Jason Kelce, for the love of God, don't piss off Steve Weatherford 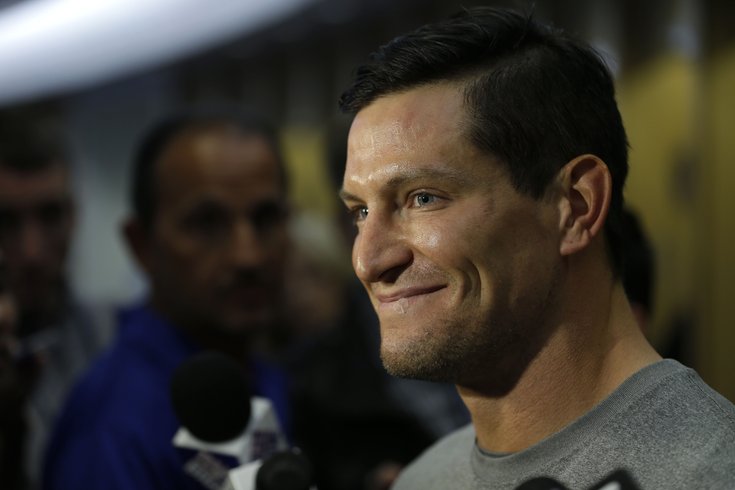 Be careful, Jason Kelce... This face will haunt your dreams.

Welp, the Eagles and Giants are talking trash again, like they do every year. This time, the Eagles should take heed and be careful what they say when they reply.

Why, you may ask? Because this isn't any ordinary player. The Giants player who has initiated the trash talk this year is man-beast punter Steve Weatherford, who took to the airwaves to take shots at Chip Kelly, Mark Sanchez, Tim Tebow and Sam Bradford (audio captured by Nick Piccone of BleedPhilly.com).

Of course a player who is literally not allowed to be touched is talking shit... Is interviewing punters a thing now? @Weatherford5

If I may step out of my reporter persona for a second, I'd like to speak directly to Jason Kelce for a moment.

Jason, I know you, and I think you're a good guy, and for that reason, allow me to warn you -- DO NOT MESS WITH STEVE WEATHERFORD. Apologize immediately and hope that he doesn't come after you, your family, and everything you hold dear. You don't want this guy on your bad side: