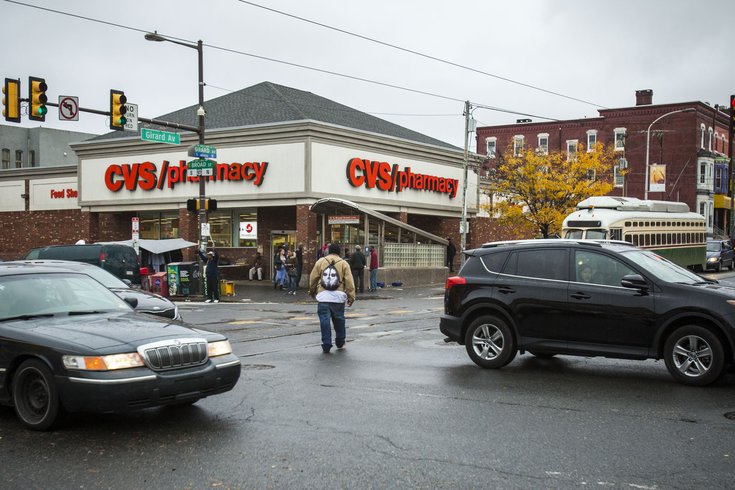 "This is not a report full of pie-in-the-sky ideas that will never see the light of day," Kenney said. "It is a three-year action plan with a series of realistic and affordable recommendations to make our streets safer."

The announcement came nearly a year after Kenney signed an executive order creating the Vision Zero Task Force. That group was charged with developing a plan to bring traffic-related deaths to zero by 2030.

"There is space for everyone," Kenney said, "as long as we figure out what the rules are and stick to those rules."

The plan brings particular attention to a "high injury network" of streets where more than 50 percent of all the city's traffic deaths and severe injuries occur. Those corridors make up just 12 percent of the city's streets.

Such improvements are aimed at one primary goal – slowing traffic.

"In putting safety first, there are always tradeoffs and we recognize that," Deputy Managing Director for Transportation and Infrastructure Mike Carroll said. "Some streets are going to slow. Driving around is going to take a little more time. When people leave in the morning, they should plan on spending a few minutes on certain streets to get to where they need to be."

Traffic crashes resulted in 432 deaths and 1,200 severe injuries between 2012 and 2016, including 179 pedestrians and 17 bicyclists. Seventy-two children died.

"The fact is that the human body can only take so much force," Carroll said. "If we slow down speeds, when crashes do occur that force is much more survivable."

The action plan officially takes effect on Saturday. Each September, the city will provide an annual update on its progress.

The plan did not come with a specific cost estimate. City officials said they have not capped funding for Vision Zero, but instead included funding within the 2018 operating budget.

The budget allocates $2.5 million for the Streets Department and $625,000 to the Office of Transportation and Infrastructure Systems to carry out Vision Zero projects.

The Streets Department has access to another $1 million through the capital program – funding financed through tax-supported general obligation bonds. Those funds are primarily used as matching funds for capital projects that may receive federal funding.

Many of the recommendations require legislative action by City Council, which could prove to be a hurdle. But Kenney said he saw no reason to pressure council members to support the action plan.

"You don't govern by putting pressure on people," Kenney said. "You govern by convincing them of your position. We've done that with a number of serious issues over the last year and a half."

It also calls for working with state legislators to allow the city to set speed limits on city streets and to enable the city to control resources for automated and manual speed enforcement.

Stuart was particularly pleased by recommendations to implement a neighborhood slow-zones program, designed to reduce traffic speeds in neighborhoods where children and senior citizens frequently walk the streets.

"This is going to make neighborhoods safe and more appealing," Stuart said, adding that it will "allow children, and the elderly and families to use those streets and feel better about using those streets for walking and biking."

The task force received 961 responses to a Vision Zero safety survey, in which 85 percent of respondents said they do not view Philadelphia streets as safe for all users.

"With the release of this action plan," DiBerardinis said, "Philadelphia moves closer to ensuring that traffic safety takes priority over traffic convenience."

Earlier this year, the task force released a draft of its action plan, which noted that Philadelphia's traffic-related death rate surpassed that of many major cities, including Los Angeles, New York, Chicago, Washington and San Francisco.

The task force included officials from SEPTA, the School District of Philadelphia, the Pennsylvania Department of Transportation, among other organizations and city departments.