The key to getting in shape for men over 50

Before you get that gym membership, start a new diet or buy running shoes, take time to do this 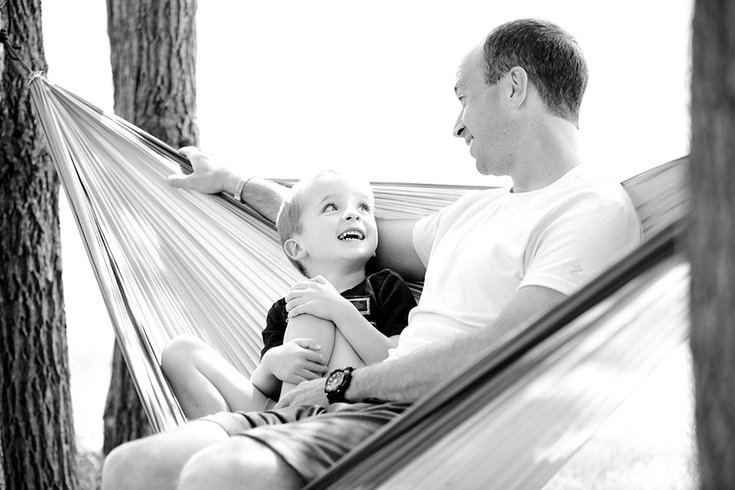 Many Americans are already working on their New Year’s resolutions.

Living healthy is consistently a top commitment. Made with the best of intentions, 80 percent will fail by February; only 8 percent of people will actually achieve their goals. The cycle of making then breaking one’s New Year’s resolution to live healthy has become an accepted way of American life. It doesn’t have to be that way and shouldn’t.

The metrics tell the story. America has the best medicine in the world. We spend more money on health care, by far, than any other country. Despite these resources, when compared to other industrialized nations, the health of Americans is middle of the pack. Less than 3 percent of Americans live healthy. The irony is most evident in men over 50.

When men hit this milestone, you’d think they’d contemplate what lies ahead: graduations, weddings, grandchildren, retirement, or travel, and make an effort to adopt healthy behaviors recognizing that their health is fundamental to achieving their aspirations. Unfortunately, they don’t. In fact, men do the opposite. They become sedentary and neglect their health. As a result, men have a shorter lifespan than women do, twice as many men die each year from heart attacks, and the rates of other diseases such as stroke, diabetes, and chronic lung disease are all higher in men. No surprise, men visit their doctor for preventive care half as often as women do.

In the face of these overwhelming odds, the men over 50 I studied offer hope that through a new approach to behavior change they, and Americans as a whole, can reverse course and build a new culture of health. The answer is social motivation.

Traditional approaches to healthy behavior appropriately focus on exercise and diet but neglect the underlying need to build a platform of motivation necessary to sustain the behavior and avoid the pattern of failed resolutions. In a national survey I conducted of 1,000 healthy-living men over 50 the results show a strong awareness between that which men value most – their social relationships with their spouse, children and grandchildren – and their behavior, something I call Male Cognitive Behavioral Alignment. They connect their health with the ability to reap the benefits of their post-50 lives. In their minds, healthy behavior is a means to an end. The end game is the enjoyment of their valued social and emotional relationships.

To understand how healthy behavior works day-to-day I interviewed a number of healthy-living 50-plus men. Here again, I found a strong integration between their health behaviors and their social agendas; they walk with their wives, swim with their grandchildren and share healthy meals with colleagues. Both the men I surveyed and the interviewees use habits, routines, and rituals that form behavioral guardrails to keep them on track.

The results of my research in men over 50 are consistent with a rising tide of investigation that increasingly acknowledges that social factors, often-referred to as social determinants, can have a strong influence on one’s health. In fact, motivational interviewing – considering the social aspirations of patients – is now a regular part of many medical school curricula.

So, this year, no matter what your age or gender, take a tip from the older guys and try a new approach. Before you get that gym membership, start a new diet or buy those running shoes, take time to leverage your social motivators. Consider, really consider, your most valued relationships. Think about what’s most important in your life and how a healthy lifestyle can keep you active and in the game. You’ll feel great and so will the ones you love.