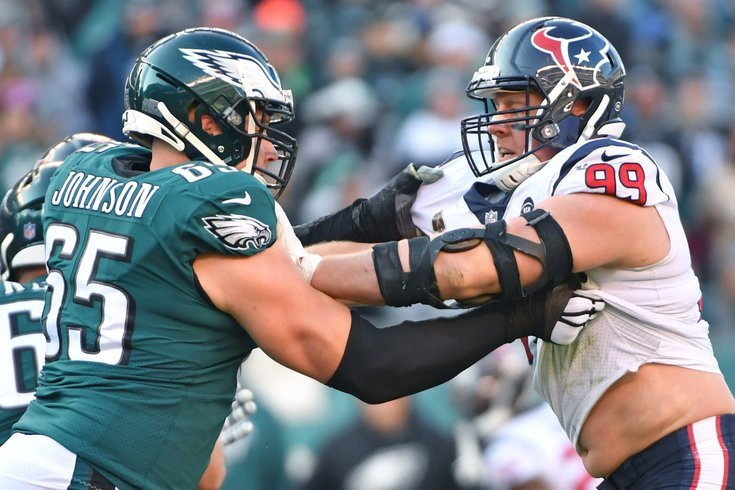 Eagles offensive lineman Lane Johnson was suspended twice for PEDs in 2014 and 2016. Despite his success and clean record since then, Johnson thinks the violations should keep him out of future Hall of Fame discussions no matter what he does over the rest of his career.

But if you ask him, he shouldn't be eligible for the Pro Football Hall of Fame. He feels that his two suspensions for using performance enhancing drugs should disqualify him from future consideration.

The conversation touched on a range of Eagles topics, but Johnson was very clear about the PED suspensions remaining a mark on his legacy.

Lane Johnson still motivated by getting suspended for PEDs

Johnson was selected fourth overall in 2013 NFL draft out of Oklahoma. He was a highly touted prospect and was expected to be an anchor for the Eagles offensive line for the next decade or more.

Few athletes are willing to own up to violating the rules. When they do, it's usually after they've been backed into a corner, as seen more recently with Cardinals cornerback Patrick Peterson and Patriots receiver Julian Edelman.

How PEDs fit into the narrative of a player's career in any sport remains a subject that hasn't yet been fully resolved, more so in baseball and cycling than any other sports.

Johnson said he would ultimately like to have a place in the Eagles Hall of Fame and remain in Philadelphia for the rest of his career. He's usually one of the first to defend his teammates or speak his mind about opponents, but in this case his humility is refreshing and shows that he realizes there are consequences for the mistakes he made.