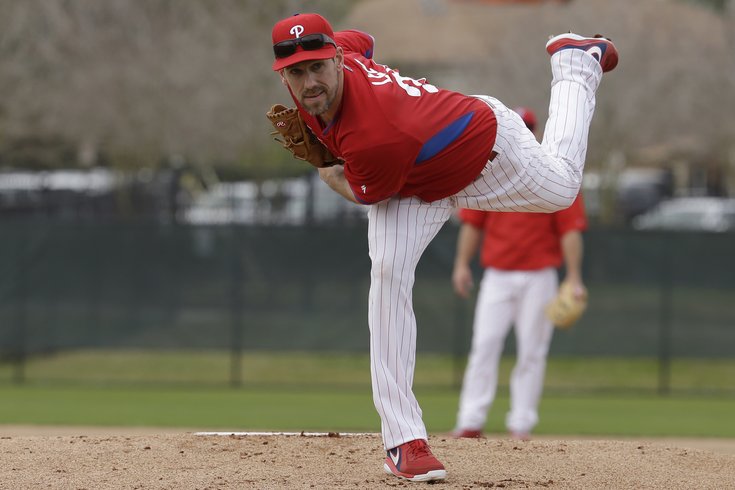 Cliff Lee, shown earlier this spring, allowed just a pair of hits in two innings in his return to the mound Thursday.

KISSIMMEE, Fla. — Cliff Lee pitched two scoreless innings in his first spring start before Luis Valbuena, Robbie Grossman and Marwin Gonzalez homered for the Houston Astros in a 6-3 victory over the Phillies on Thursday.

Lee, the 36-year-old 2008 AL Cy Young Award winner, pitched for the first time since being sidelined by an elbow injury on July 31. He gave up two hits.

Valbuena, the third baseman acquired from the Chicago Cubs, homered off Miguel Alfredo Gonzalez in his second at-bat with the Astros.

Grossman had two hits and scored twice. He led off the Houston fifth with a home run off Phillippe Aumont and Gonzalez followed with another homer.