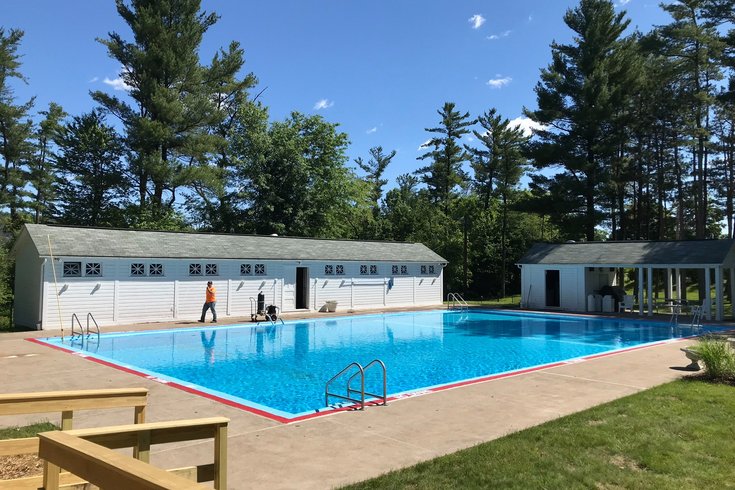 Lt. Gov. John Fetterman and his wife, Gisele Fetterman, announced the Lieutenant Governor's mansion's pool will be open to the public this summer for camps and organizations.

Pennsylvania Lt. Gov. John Fetterman decided last November that he wouldn't be living at the state's customary Lieutenant Governor's mansion in Fort Indianatown Gap, but he still has a say over who gets to use it – and its pool.

On Friday, Fetterman and his wife, second lady Gisele Fetterman, announced the residence's pool will be open to the public this summer for camps and organizations to schedule lessons and events.

The goal, the two said in a statement, is to provide opportunities for those in the state without regular access to swimming pools.

“We want children who visit the pool to learn life-saving skills and have a great experience,” the second lady said Friday. “Swimming comes with a painful legacy of racial segregation. If my children can swim in that pool, so should every child in Pennsylvania.”

The residence itself is located in Fort Indianatown Gap, which straddles in Lebanon and Dauphin counties and it roughly two hours northwest of Philadelphia.

Back in November, when Fetterman said he would continue living in Braddock after Gov. Tom Wolf won re-election, he mentioned the idea of opening the pool to the public.

"We're not going to reside in the mansion," Fetterman said at the time. "My wife and I envision, and the governor supports, some kind of public usage of it. Particularly swimming for children."

If my children are welcome to swim in the pool at the LG mansion, any child in PA is this summer. ⤵️ https://t.co/yEYvqHHNyl

Anyone interested in using the pool this summer can contact Gisele Fetterman via email, she said Friday, at gisele@forgoodpgh.com.