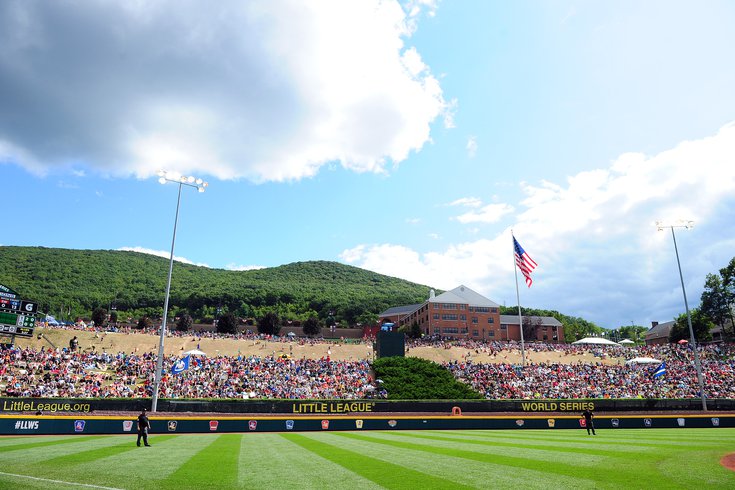 The Upper Providence Little League team will represent Pennsylvania and the Mid-Atlantic region in Williamsport later this month.

Dreams of postseason baseball have circulated across the Philly region in recent weeks as the Phillies find themselves in first place of the National League East.

But before the Fightin' Phils can earn their first division title and playoff appearance in 10 years, another Philly-area baseball team will be competing for a World Series championship this month.

The Upper Providence Little League team advanced to the 2021 Little League World Series on Thursday after a 6-1 win over the team from Toms River, Ocean County.

The Oaks, Montgomery County-based youth baseball club will be one of 16 U.S. teams heading to Williamsport, Lycoming County, where the annual youth baseball tournament is scheduled to take place Aug. 19-29. The top two teams from eight regional qualifying tournaments make up the field.

"They've already accomplished so much and made memories that will last a lifetime, but a spot in Williamsport is the ultimate little leaguers goal," manager Ben Ludwig told The Patch.

More highlights and video from Little League. Such a special moment! #TicketPunched #RiseUp We're thankful to...

The Upper Providence team received lots of love on social media after the win, including from Gov. Tom Wolf.

Pennsylvania’s @upperprovll is heading to the @LittleLeague World Series!

I know you’re going to make us all proud. #PAproud #RiseUP https://t.co/4yTsZYm5kY

ESPN's Kevin Negandhi, a Philly-area native and Temple alum, was in attendance for the win.

🙌🏽 Right next to Phoenixville and in my backyard of Bristol. We represent always. And these kids can hit! Let’s go @upperprovll! https://t.co/j5ZHvDw02V

The team's summer got off to a strong start when they captured their second Pennsylvania state championship in program history last month over Greencastle-Antrim Little League from Franklin County.

Representing Pennsylvania in the regional tournament for the first time since 2017, Upper Providence has been red-hot, defeating Capitol City Little League from Washington, D.C. and Colonie Little League from New York by a combined score of 16-4 in its first two games.

Now 3-0 in the tournament after Thursday night's win, Upper Providence will get the winner of Friday's matchup between Toms River and Canal Little League from Delaware in the Mid-Atlantic Regional Championship in Bristol, Connecticut. First pitch is scheduled for 6 p.m. Saturday on ESPN.

The Upper Providence team is the first to represent the Philly region in Williamsport since little league phenom Mo'ne Davis led South Philly's Taney Dragons in 2014.

The Little League World Series didn't occur last year due to the COVID-19 pandemic. The ongoing impact of the public health crisis will prevent international teams from competing in this year's event. All games will be aired on ESPN and/or ABC.