NFL free agency: Who are the top options at the Eagles' positions of need? 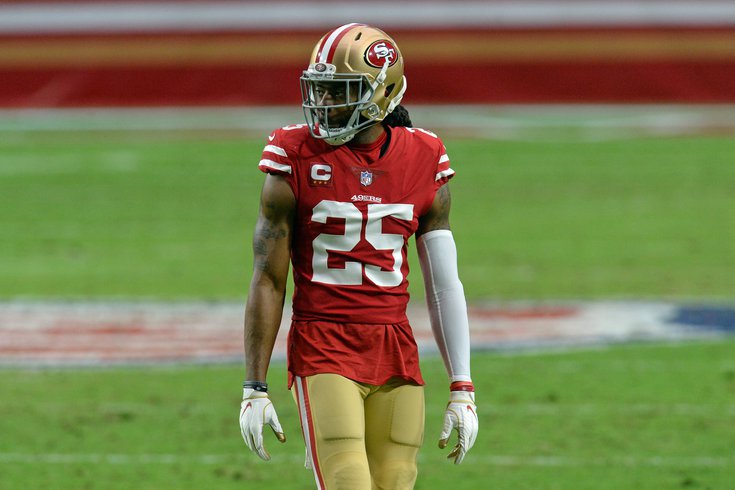 It's been a slow start to free agency for the Philadelphia Eagles, as they've only made a couple of lower-level moves, although the addition of Anthony Harris is a bit more significant than that.

But even then, with the signing of Harris, it's only a one-year deal for the Eagles, which is something we've actually seen a lot of this time through free agency. And for good reason.

With the lowered salary cap this season, some players are opting to sign one-year deals and then try their luck again next offseason when a return to normalcy with fan attendance and team revenue is expected to significantly increase the salary cap back to where it was expected to be before the pandemic hit. The following year, the new TV money hits, after the NFL reached massive new contracts with the networks last week.

And for that reason, the Eagles actually aren't in the worst position this offseason despite their overall lack of salary cap space. In fact, if the Eagles really wanted to, they could essentially punt on the 2021 season and instead focus on getting their cap picture in the best shape possible heading into what could be a wild 2022 offseason with a ton of big-name players expected to be free agents, not to mention all the guys signing one-year deals this winter.

It's why the signing of Harris, a talented safety, actually makes sense on a one-year deal. Typically, signing a player who can impact your defense like that to a one-year deal while you're very much still rebuilding doesn't make a ton of sense, since he could be playing elsewhere by the time you're actually competing. But in this outlier of a year, it actually works out well for the Eagles, as it will help them achieve maximum salary cap flexibility next offseason.

So, with that in mind, who are a few impact free agents who might make sense for the Eagles and could, while not changing the course of their entire season, at least help them maybe win a few games for first-year coach Nick Sirianni?

We asked our Eagles expert Jimmy Kempski what he thinks are the team's three biggest needs left in free agency, and it wasn't very complicated: cornerback, linebacker and a backup quarterback.

We've written a lot about the team options at backup quarterback, whether that's in free agency or the draft — or, as we wrote about on Sunday morning, via a trade. Recently, ESPN's Jeremy Fowler reported that talks between the Eagles and Bears about QB Nick Foles "have been ongoing" since the teams were apparently discussing a Carson Wentz trade that never materialized. And while there are other veteran backup options available in free agency, none would come close to exciting the fanbase like bringing back the only quarterback in franchise history to hoist a Lombardi Trophy. The Eagles could also opt to draft a QB with the sixth overall pick, which would change things in a big way.

But what about some of the other positions of need?

Over at ESPN, Kevin Seifert ranked the Top 25 remaining free agents, and there are quite a few at the Eagles positions of need. Sure, Philly has so far made it seem as though they're only looking to make moves on the margins and would prefer to let their younger player get reps. But signing a few key veterans to short-term contracts wouldn't be crazy, especially since a team's fortunes can change quickly in the NFL.

With that in mind, let's take a look at two veteran cornerbacks mentioned by Seifert who would fit that veteran leader role to pair alongside Darius Slay.

Sherman is probably in the year-to-year phase of his career, given his age and his 11-game stint on injured reserve last season because of a calf injury. Some teams will likely write him off, but because there is no reason to think his injury will loom into 2021, Sherman merits a spot on this list given his still-present coverage skills.

Butler has struggled when asked to consistently defend the opponent's No. 1 receiver, but that doesn't mean he can't play. It just means he isn't a true No. 1 corner, which you rarely -- if ever -- find on the free-agent market anyway.  [espn.com]

Adding either of these guys to a short-term deal would allow Avonte Maddox to stay in the slot, where he belongs, and would take some pressure off of Darius Slay on the opposite side. And given that Slay, who didn't have his best year in 2020, should be able to handle an opponent's top wideout, it would allow both of these former top corners to take on lesser roles.

Of course, there are reports that the Eagles are bringing in another former Titans cornerback, Adoree' Jackson, for a visit early this week, so maybe the Birds address this need without ever taking a look at either Sherman or Butler.

And then there's linebacker, a position in which the Eagles are in desperate need of an upgrade but, as every Eagles fan knows, is a position on which they rarely ever spend.

If they're looking to go younger at the position and potentially sign a guy to a multi-year deal in the hopes that he'll still be here when they're again competitive, they could certainly do worse than former Vikings LB Eric Wilson, who Seifert has ranked eighth and who Kempski identified last week as one of 10 remaining free agents who make sense for the Eagles.

But if they're looking for an older guy on a one-year deal, perhaps Seifert's No. 23 ranked free agent would be a fit...

You won't see too many teams falling over themselves to sign 32-year-old linebackers, but Wright played at a high level in 2020 while starting 16 games and could be a stabilizing force for a team.. [espn.com]

As you can see, it's slim pickings out there, but the Eagles clearly still have several holes to fill if they don't want a repeat of 2020. Or, maybe they're taking a page out of the Sixers' book and that's exactly what they want. Either way, we'll have you covered with all the latest free agency news and rumors surrounding the Eagles and the rest of the NFL right here in our live tracker...