Love Park reopens to skateboarders, but only temporarily 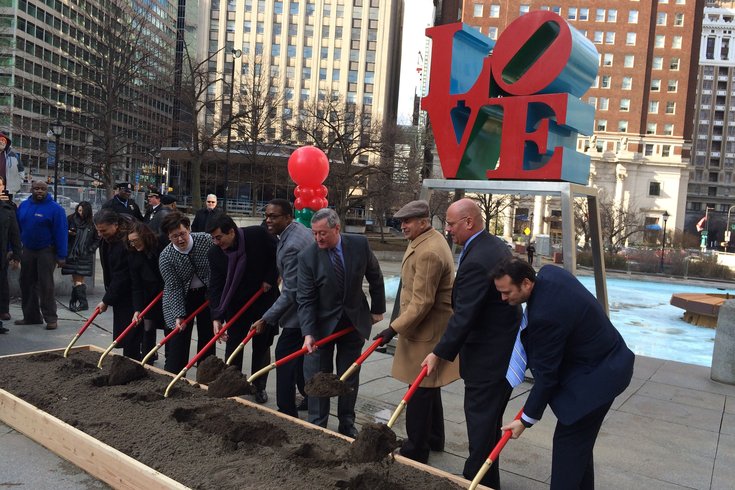 By springtime next year, Love Park will be a lush, green oasis in the middle of the concrete jungle of Philadelphia, thanks to a $16.5 million redesign project.

On Wednesday, Mayor Jim Kenney, joined by city officials, held a ceremonial groundbreaking for the new redesign and discussed his excitement for the new, greener park.

Also, the mayor lifted a ban on skateboarding at the Center City park at Broad Street and JFK Boulevard, that had been enacted by former Mayor John Street in 2002.

"We want people to come from around the country – hopefully from around the world – to come back here for one more spin on their skateboards," the newly elected mayor said.

Noting that the park was formerly "one of the capitals of the world for skateboarding," Kenney said that the ban – that had fined anyone who was found skating in the park $300 – will be lifted immediately until construction is set to begin Feb. 15.

Also, during construction, Kenney said, the iconic Love statue, created by artist Robert Indiana, will be moved across the street to Dilworth Park in front of City Hall.

In the future, the park will be an open green space and, Kenney said, the Welcome Center at JFK Boulevard and 15th Street, will be converted into a 150-seat restaurant.

Kathryn Ott Lovell, commissioner of the city's Parks and Recreation Department, said the new Welcome Center will have "clear windows" and be more open and connected to the green, renovated Love Park.

"The new Love Park will continue to serve as a destination for all Philadelphians," she said. 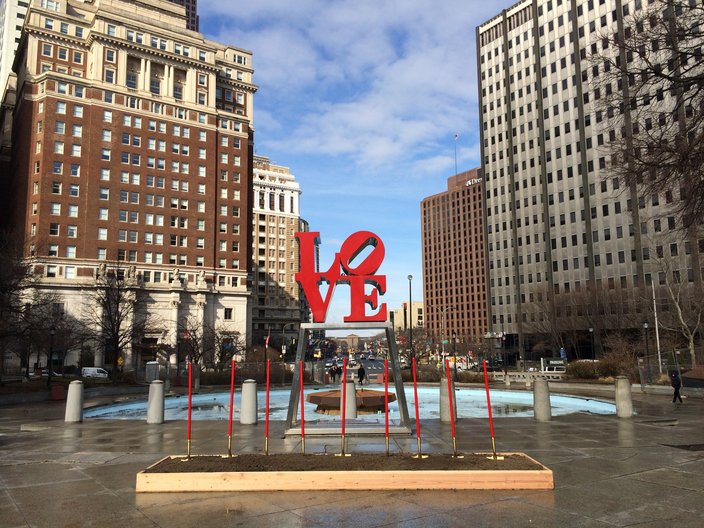 According to Michael DiBerardinis, managing director of the city, the sale of the public parking lot near City Hall to InterPark, a parking lot management company, freed up funds to make the park's renovation possible.

The parking lot will be updated, with new elevators to make the area handicapped accessible, said InterPark's Alex Pappas, director of project management. The parking lot, located at Broad Street and JFK Boulevard, hasn't seen improvements since the '60s, and the plan is to modernize the lot.

"We are committed to Philadelphia," Pappas said.

In the park, the iconic fountain will be updated, planters, bike racks and an open, green lawn will be added.

In discussing the project, city council president Darrell Clarke, D-5th District, said that he can't wait to see the park once it's complete.

"I'm pretty excited about this," the councilman said. "This is awesome stuff."