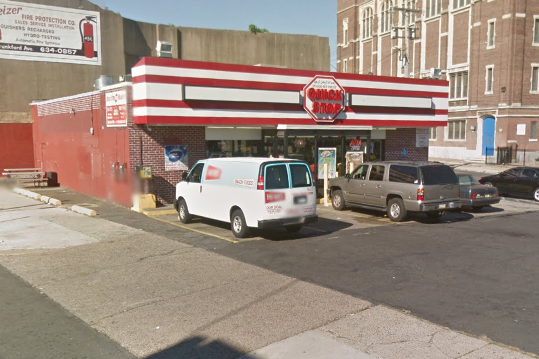 The Quick Stop on Frankford Avenue.

A man has been arrested for the attempted robbery of a convenience store in Kensington.

Police said Saturday that Hector Torres of the 2400 block of East Haggert Street has been arrested for the incident that occurred July 22.

According to police, Torres entered the Quick Stop at 2518 Frankford Avenue around 11 p.m.

A witness told police that Torres, pointing his hand wrapped in a white T-shirt, demanded money from the cash register.

Torres then allegedly tried to take an undisclosed amount of money from the witness. After he was unsuccessful, Torres fled southbound on Frankford Avenue.

Torres is currently on probation for prior offenses and a detainer has been lodged against him.