Wahlburgers was parked in front of Macy's; brothers have restaurant planned for Northern Liberties 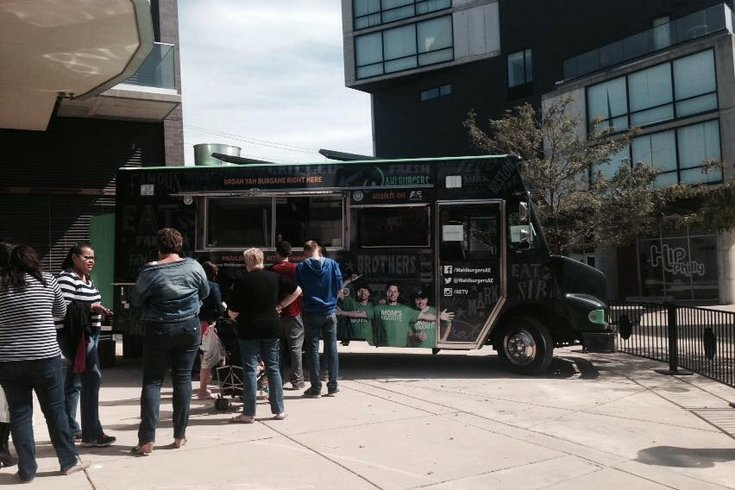 The Wahlburgers food truck outside the former Darling's Diner location.

Mark Wahlberg may have played The Fighter, but he couldn't fight the city's Licenses and Inspections unit.

The actor's food truck, Wahlburgers, got kicked out of its spot in front of Macy's in Center City, the Philadelphia Business Journal reported. Wahlberg and his brothers Donnie and Paul plan to open a burger restaurant at The Piazza in Northern Liberties, but they've been giving fans a sample of the restaurant's fare through the truck.

Wahlburgers planned to take advantage of holiday crowds by hanging around Macy's from Dec. 15 to 23. The brothers' enthusiasm, unfortunately, was premature.

"They just showed up," Maureen Blaney, manager of L&I's vending unit, said to the Journal. "We didn't give them permission. We got a complaint, we went out and told them to finish up today."

A spokesperson for Wahlburgers, however, told PhillyVoice, "We did not just show up out of the blue and start selling."

"Wahlburgers partnered with Macy’s to sell outside the Center City location during the busy holiday shopping season," said the spokesperson.  "In addition to permission from Wanamaker and Macy's for the truck to be on site during the scheduled dates, we also had a permit that gave us permission from the city to be there. There was a miscommunication about the type of permit and the location for where the truck should be parked."

Gary Koppelman, owner of the food truck fleet USA Mobile Commissary, said he had complained to L&I about the Wahlburgers truck. Giving the movie star such a prime spot in front of Macy's during the holiday shopping season would be unfair to other food truck vendors, he argued.

"We knew that Ms. Blaney's office would never issue such a permit, while other trucks are not permitted to vend in Center City proper," he wrote in an e-mail.