Plus, the Philly rapper dishes on his slick new video 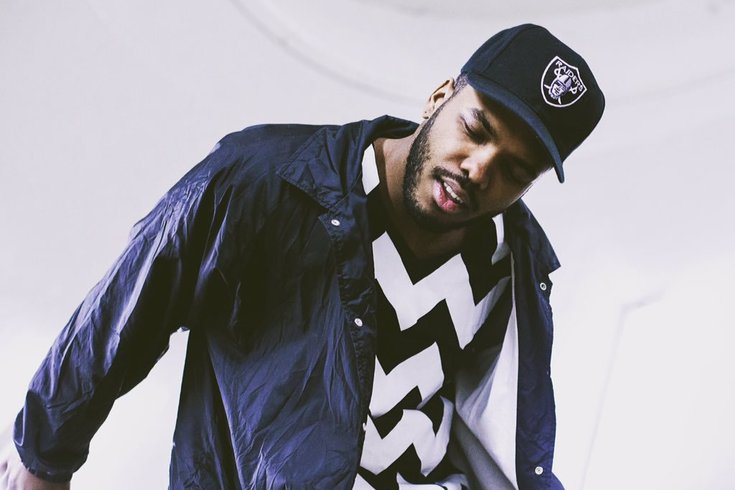 Courtesy of the artist/for PhillyVoice

Marv Mack is lugging around a pair of glossy art magazines when I meet him at a Center City bookstore in early March. He thumbs through the pages a couple times during our conversation and admits that an image from a similar collection inspired the title for his debut album.

“I stumbled across some textures in a book like this and I was like, ‘Man, that really resembles a band-aid,’” he says. “It was like this gold texture with circles in it. It just hit me, like, ‘This could be Golden Band Aids, this could be representative of what I’m going through.’”

Marv, 27, spent years working towards the January release of "Golden Band Aids," a 12-track record that’s both ambitious and well-contained, a carefully struck balance for the first full-length project Marv has released as a solo artist. “Just life experiences, it all came together,” he says of the album’s inspiration. “It was a huge transitional point in my life where I was coming from this group. Now I’m really testing the waters to see what I can do on my own. Family stuff, we had a house in South Philly when I was in school, we lost that. So it was just a lot going on. That’s kind of why the title is 'Golden Band Aids.' I’m using all these experiences and all these bad things to make my music.”

Half-jokingly, Marv says he’s been rapping since he was two before explaining his coming-of-age in music: his cousin Gibbs, who produced much of "Golden Band Aids," has been a collaborator for years. Shoddy, homemade mixtapes in middle-school grew into self-produced street DVDs in high-school; a crowded four-person rap group eventually gave way to Marv’s recent solo career.

“I remember going into City Blue and trying to save up my lunch money for a State Prop coat and stuff like that,” Marv says when asked about being a hip-hop fan in Philly during his formative years. His relationship with Philly is painted by growing up in disparate pockets and scenes as much as by the music he listened to.

“My mom actually lived in Southwest Philly, like right across the street from Bartram Village, but I was never down there,” he says. “I was always either at Gibbs or my other cousin’s house, and they lived in West Philly. Going to school in the North East was kind of a culture shock,” he adds of his time at Swenson Arts and Technology High School, where he fondly recalls his teacher Ms. Petrelli letting him use a classroom closet as a makeshift recording booth. 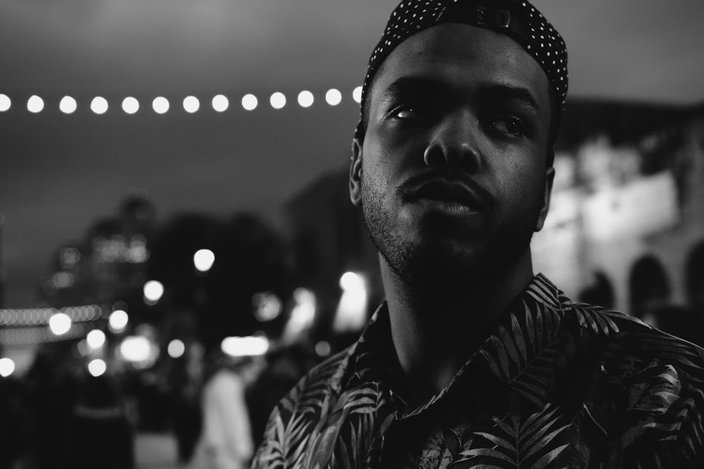 “I went to art school for my mom,” Marv admits of studying graphic design at The University of the Arts. “I kinda didn’t wanna go to school initially. She was like, ‘You need to get your degree, you gotta do something.’ I was like, ‘Alright, let me go to school.’ I’m definitely happy I did ... I’ve experienced two worlds: the UArts performance [scene], which is crazy — a lot of jazz — and then I’m a part of this world that’s all hip-hop and trap. There should be a bridge but I don’t think there is.”

Marv doesn’t seem concerned with bridging that gap himself, but his music crosses boundaries of different types. The production on "Golden Band Aids" fits appropriately between warm soul and uneasy trap. On “Paula Deen,” the album’s jarring first single, Marv contends forcefully with police brutality and systematic racism over a beat with a Spaghetti Western bassline and frenetic trap snares. “Paula Deen, Paula Deen, Hallelujah,” he chants on the chorus. It’s a twisted, tongue-in-cheek grimace at Deen’s post-controversy vitality: the celebrity cook’s proven racism failed to end a career built on Southern charm and biscuits. By contrast, there’s anguish in Marv’s staccato when he yelps, “Oh my god, they killed Trayvon!” on the same song.

Marv recorded “Paula Deen” years ago and found a frustratingly unchanged climate for its release in 2015. Other songs on "Golden Band Aids" are less political and more personal. On “Penny With a Hole” the rapper confronts a lifetime of ills: a strained relationship with his father, feeling misunderstood at school, being broke. It’s not uplifting, but there’s hope in Marv’s voice, and that versatility — being able to jump from an angry bark to an endearing croon — is one of the album’s lasting fingerprints. Throughout the tracklist, there’s a polish befitting the title, and nothing feels half-finished.

“Own Crib” is the album’s second single and fodder for a buzz-building video Marv produced himself, a showcase for the graphic design skills he developed in school. “The song was made very fast, it just felt natural,” he says. It’s one of the most fun moments on the album, where a playful beat meets a self-deprecating romantic. “For sure I’m a dog, but you’re also the only treat that I want,” he sings.

The video mines the catchiness for an irresistible nostalgia built out of a collage of West Philly. “It was like a mixture of watching 'In Living Color' and watching the B.O.B. video ‘Nothin’ On You,” Marv says. “I kinda got inspired to do that whole aesthetic. I got my camera, went around my neighborhood, shot pictures of the houses, and pieced together a block.”

It feels like a snapshot of Marv’s life, populated by his real friends and girlfriend, and the neighborhood where he feels most at home. “It took about a year off-and-on to shoot the video,” he says, a production that he funded himself by directing music videos for other rappers. “I wanted to show Philly in a different light than it’s normally shown. Kinda vibrant, fun. That’s how I see West Philly. I knew that 52nd Street would definitely be a staple and that the El train would definitely be a staple. Like, ‘This is Philly. This is where I’m at.’”

It feels like a mission statement. And with "Golden Band Aids" as his starting point, it’s worth paying attention to where Marv goes next.