The first 100 people who show up on Friday afternoon, Aug. 5, will get complimentary cups 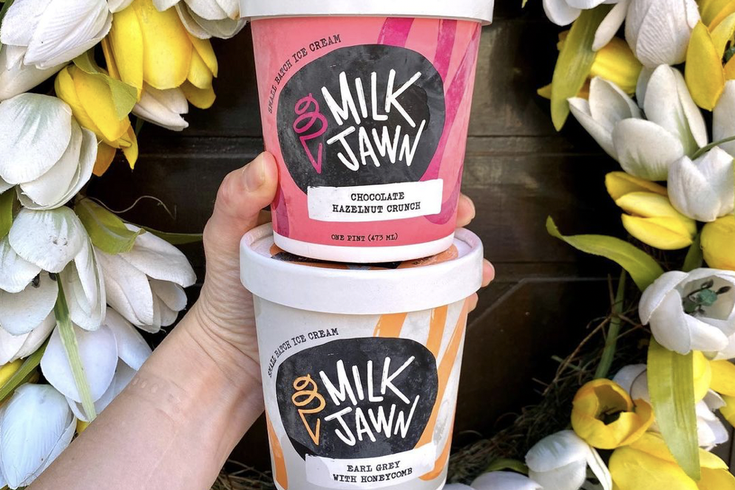 The new 500-square-foot shop at 1439 E. Passyunk Ave., at the corner of Dickinson Street, will feature pints, cups and cones with various toppings. The menu will be limited to start, before toppings and other items are added in the weeks and months ahead. Ice cream cakes also will eventually be on the menu.

The Milk Jawn brand, until now a delivery-only business, was founded in 2020 by Amy Wilson and co-owners Ryan Miller and Cathryn Sanderson. Its ice cream also has been available at a number of pop-ups and farmers markets and is sold at select stores, including Stone's Beer & Beverage Market, Riverwards Produce and Carlino's Market in Ardmore.

Wilson originally created Milk Jawn in 2012 as a hobby out of her kitchen. Ten years later, having her own storefront is a big step in the growth of the business.

“We’ve been saying that this day is two-plus years in the making, but really, it’s a decade in the making,” said Wilson. “I never thought a hobby of mine would turn into a business, but I get to work with friends and make and eat ice cream daily, so I certainly can’t complain. It’s been a long road since we started looking for our first storefront, but after a lot of hard work and grinding through some red tape, we are very excited to open our doors and bring a premium ice cream shop to East Passyunk Avenue, which we believe the neighborhood needed.” 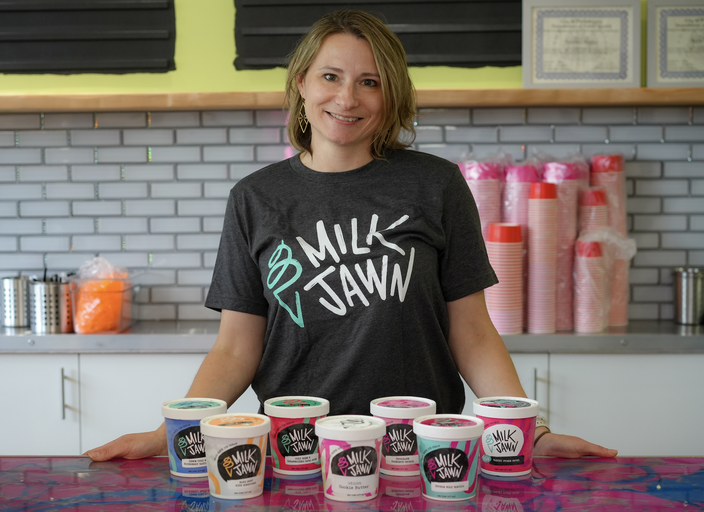 Milk Jawn's Amy Wilson started making ice cream as a hobby 10 years ago. Now she and partners Ryan Miller and Cathryn Sanderson have their own store. 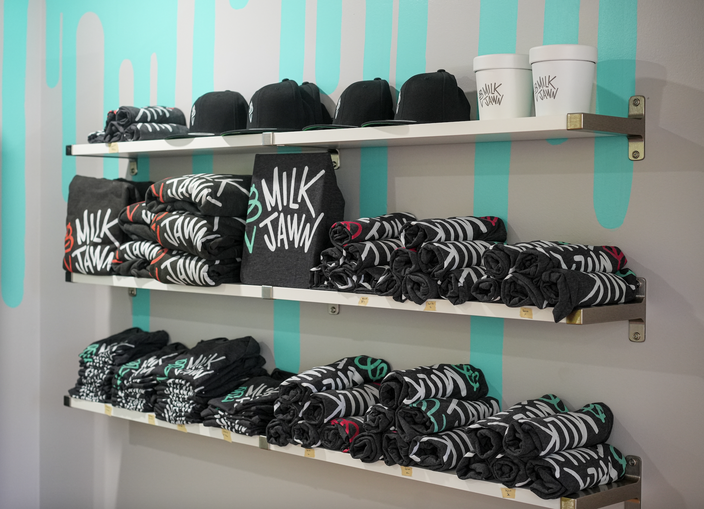 Milk Jawn merchandise will be sold at the new ice cream shop in East Passyunk. 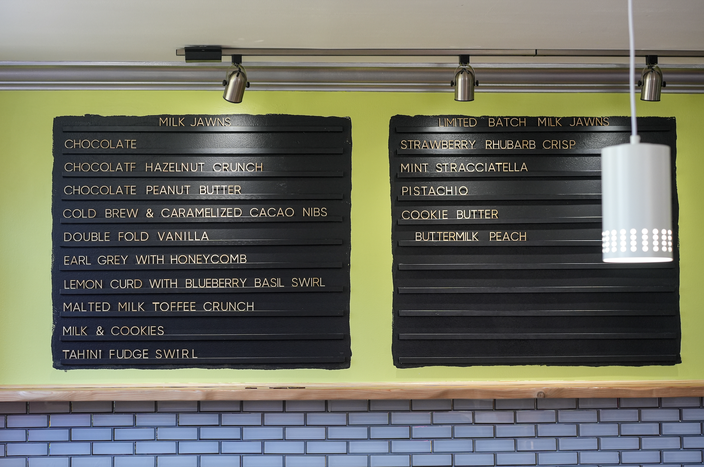 Milk Jawn will offer pints, cups and cones with a limited menu to start. Toppings and a number of other menu items will be added as production ramps up.

Milk Jawn has lately expanded its menu to include more vegan, non-dairy options — including coconut- and pea protein-based flavors.

“People are really starting to catch on to the fact that we’re offering vegan, non-dairy ice cream,” said Wilson. “We’re really proud of the customer base we’ve been able to attract. Our goal is to have all of our ‘all-the-time’ flavors available as non-dairy to those who are on non-dairy regimens, as well as for those who simply try to limit their consumption of dairy. We absolutely don’t want to exclude anyone who loves ice cream.”

In addition to the new storefront, the company moved from its previous production space in Kensington to a 2,600-square-foot facility at 1303 East Passyunk Ave.

Hours for the new shop will be Wednesday through Sunday from noon to 11 p.m.