A report, issued on Friday by the World Health Organization's International Agency for Research on Cancer , finds a link to the product and cancer. 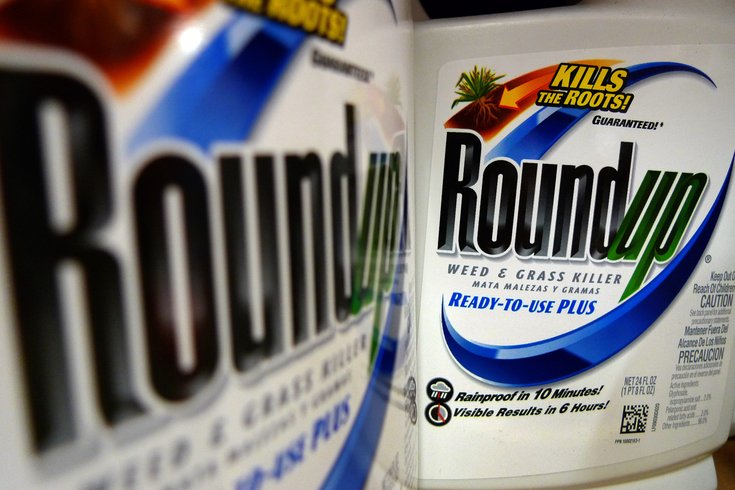 In this June 28, 2011 file photo, bottles of Roundup herbicide, a product of Monsanto, are displayed on a store shelf, in St. Louis.

Monsanto Co, maker of the world's most widely used herbicide, Roundup, wants an international health organization to retract a report linking the chief ingredient in Roundup to cancer.

The company said on Tuesday that the report, issued on Friday by the World Health Organization's International Agency for Research on Cancer , was biased and contradicts regulatory findings that the ingredient, glyphosate, is safe when used as labeled.

A working group of the IARC, based in Lyon, France, said after reviewing scientific literature it was classifying glyphosate as "probably carcinogenic to humans."

"We question the quality of the assessment," Philip Miller, Monsanto vice president of global regulatory affairs, said on Tuesday in an interview. "The WHO has something to explain."

Monsanto officials have asked to meet with WHO and IARC members, and Miller said the company wants a retraction.

A representative of the IARC could not immediately be reached for comment on Tuesday.

Miller said the company provided scientific data to the IARC showing the safety of glyphosate, but that the agency largely ignored it.

Miller said the IARC report should not affect the safety review of glyphosate currently under way by the Environmental Protection Agency.

The EPA, which has the power to limit or ban use of glyphosate, said it would look at the WHO report as part of the review process.

Farmers have been using glyphosate in increasing quantities since Monsanto in the mid-1990s introduced crops genetically engineered to withstand being sprayed with Roundup herbicide.

"Roundup Ready" corn, soybeans and other crops are popular because of the ease with which farmers have been able to kill weeds. But weeds have developed resistance to glyphosate, leading farmers to use more herbicide.

The U.S. Geological Survey estimated agricultural use of glyphosate in 2012, the most recent year available, at more than 283 million pounds, up from 110 million pounds in 2002.

The United States and other international regulatory bodies have backed the safety of glyphosate when used as directed, but the IARC report cited studies that raised concerns about glyphosate and impacts on health.

Monsanto says such studies are invalid. But critics say they merit attention.

"There are a number of independent, published manuscripts that clearly indicate that glyphosate ... can promote cancer and tumor growth," said Dave Schubert, head of the cellular neurobiology laboratory at the Salk Institute for Biological Studies in La Jolla, California. "It should be banned."