Church taking a 'fairness to all' approach 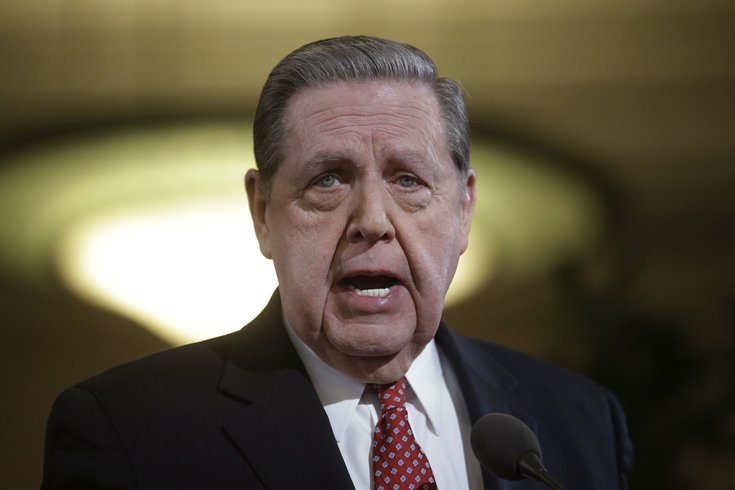 Elder Jeffrey R. Holland of the Church's Quorum of the Twelve Apostles speaks during a news conference on gay rights. Mormon church leaders are making a national appeal for a "balanced approach."

SALT LAKE CITY - The Mormon church on Tuesday announced its support for laws  protecting the rights of gay individuals - as long as religious freedoms are not compromised - a rare conciliatory move toward a community with whom it has long been at odds.

Leaders of the Church of Jesus Christ of Latter-day Saints said at a news conference in Salt Lake City they were taking a "fairness for all" approach that would balance religious freedom with safeguards for gays and lesbians in terms of housing, employment and other rights.

But the church stopped short of supporting same-sex marriage, a key right sought by gay activists that is already legal in 36 states.

"We believe laws ought to be framed to achieve a balance in protecting the freedoms of all people while respecting those with differing values," church elder Dallin Oaks told the news conference in remarks posted on the church's website.

"We reject persecution and retaliation of any kind, including persecution based on race, ethnicity, religious belief, economic circumstances or differences in gender or sexual orientation,” Oaks said.

As public opinion has shifted recently in favor of gay rights across the country, the Mormon church has come under fire for resisting such moves.