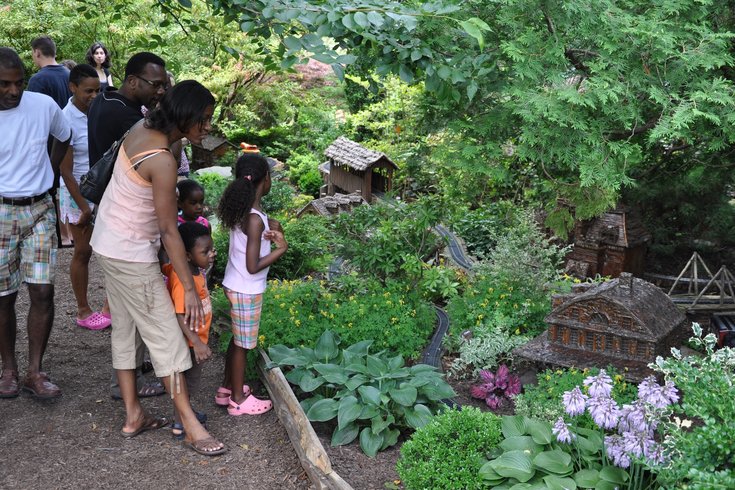 The Garden Railway at Morris Arboretum.

The Garden Railway at Morris Arboretum will open for the summer season on May 28. Each year the theme for the miniature railroad and landscape changes. For 2016, the theme will be "Awaken the Senses."

Each structure in the landscape will incorporate one or two of the five senses. Sweet, sugary smells will waft from Randy's Donut Shop along the track and a mini Sleeping Beauty's castle will have all the detail of the real deal.

Two new structures, replicas of the Philadelphia Museum of Art and Fairmount Water Works, have also been added to the permanent collection, along with a new train. A scale model of the New York Central “Hudson” steam locomotive 5343, assembled in 1934, will make its way along the tracks all summer.

The summer season grand opening of the railroad will include free ice cream and crafts for kids. General admission to the arboretum includes the Garden Railway and children under 3 can attend for free.