Recap: Sixers news and rumors from the NBA Draft 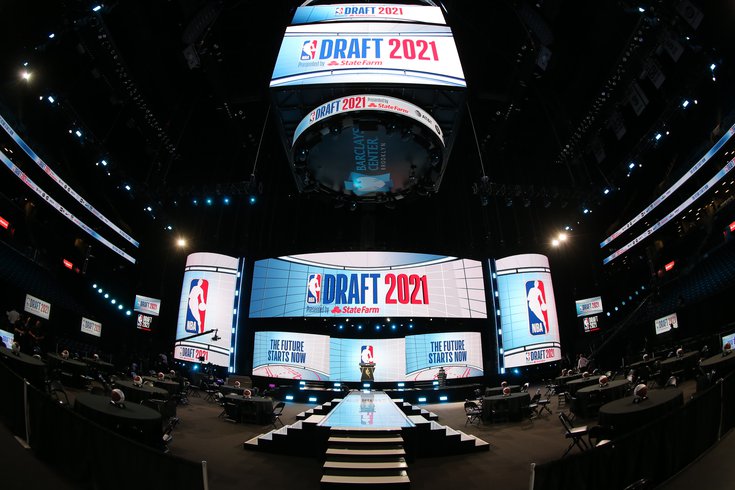 General view of the stage at Barclays Center before the start of the 2021 NBA Draft.

UPDATE [12:46 p.m.] — The Sixers have reportedly agreed to a two-way deal with Michigan State's Aaron Henry, according to ESPN's Adrian Wojnarowski, after the six-foot-six forward went undrafted on Thursday night.

Michigan State's Aaron Henry has agreed to a two-way deal with the 76ers, sources tell ESPN.

UPDATE [12:24 p.m.] — With the 50th overall pick, the Sixers took Serbian big man Filip Petrusev, who played two years at Gonzaga before returning to his home country, where he won the Adriatic League MVP at 21 years old. Three picks later, the Sixers selected 6-foot-11 center Charles Bassey of Western Kentucky with the 53rd overall pick. You can read more on both of them, here.

Read more on the pick, how he fits on the Sixers and what he brings to the table, here.

Heading into the 2021 NBA Draft, the Sixers hold three picks — including one they just acquired on Thursday morning — but the latest intel suggests that they might not be making all of those picks, as Daryl Morey is clearly in win-now mode. Morey is looking to not only maximize Joel Embiid's window but also find a potential trade partner for Ben Simmons, who could be dealt as early as draft night.

In a sense, that storyline is bigger than whoever the Sixers take with the 28th overall pick, assuming they take anyone at all — and it's obviously bigger than what they do with the 50th or 53rd picks in the second round. But it's also related to Simmons in the sense that the Sixers could include those picks in a deal sending Simmons elsewhere, or as part of a package to acquire a veteran they may need once a Simmons trade goes through. That, of course, assumes they're fully committed to moving him, and the latest reporting sounds like they are, even if they don't feel the need to rush and get it done tonight).

So, what will Morey, Elton Brand, and the Sixers do on draft night? We've already offered up a look at their biggest needs, the latest batch of players that have been mocked to Philly, and even more recently taken a look at everything we know in the hours leading up to the draft.

Now, the only thing left to do is sit back and see how it all plays out. You can follow along right here in our live tracker for the NBA Draft, which kicks off at 8 p.m. on ABC and ESPN (and we'll top off this post with any major developments for the Sixers).