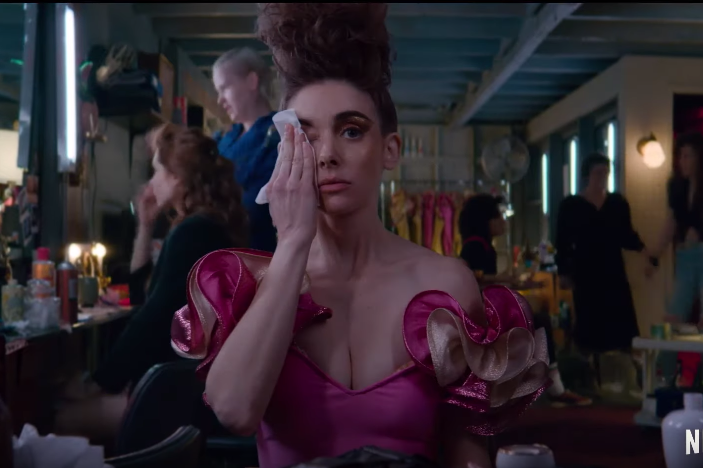 Netflix has released the official trailer for "GLOW" season 3. Geena Davis makes an appearance in the newest season.

Netflix has released the trailer for Season 3 of "GLOW," and it's as '80s glam as anyone could ever want.

Season 2 ended with the women boarding a bus to Las Vegas after their short-lived TV series was canceled, where we now find the characters wading through the crazy world of Sin City.

With new looks, new roles, and new pair-ups, they're not exploring the city alone – oh, no. They've got help from Geena Davis, who plays Sandy Devereaux St. Clair, a former showgirl turned entertainment director at the Fan-Tan Hotel and Casino, the venue for the wrestlers' live show.

The trailer shows a glimpse of Ruth (Alison Brie) and Debbie (Betty Glipin) taking on their new starring and producing roles for the show. But it does seem the women are having trouble balancing their life in Las Vegas.

"I have a job. I have a boyfriend. Somehow I still feel lost," Ruth says. Debbie replies, "Maybe you feel lost because you're holding yourself back."

Even though things get tough, Debbie retains the positive attitude the group needs, despite being separated from her son who is staying with her ex-husband in Los Angeles. "We may never open a show in Las Vegas ever again. Just take a moment and appreciate what is right in front of you."

"GLOW" returns for its third season Aug. 9 on Netflix.