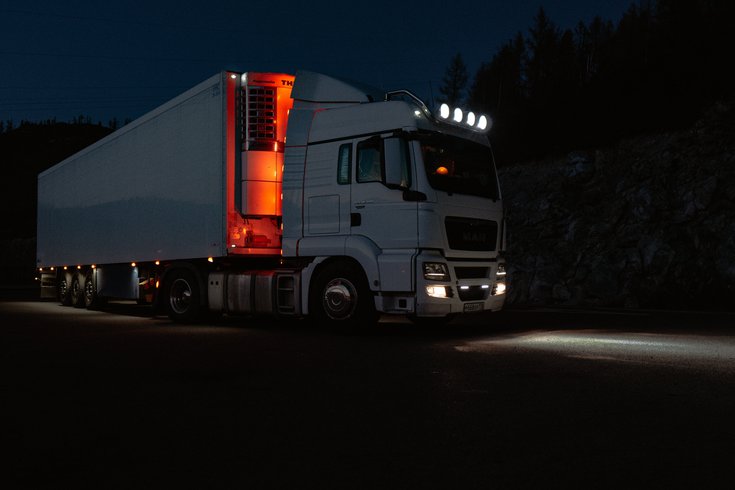 A truck carrying fireworks caught fire on I-287 in Bridgewater, New Jersey on June 26. Video from the scene shows fireworks bursting in the sky above the truck.

Motorists on I-287 got an unexpected fireworks display on Sunday night during a traffic jam in Somerset County.

A truck carrying about 10,000 pounds of fireworks went ablaze in the southbound lanes of the New Jersey highway around 10:30. A dolly tire on the tractor-trailer caught fire near Exit 14 in Bridgewater, New Jersey State Police said.

When the trailer went up in flames near milepost 15.4, the fireworks ignited and burst in the sky above the truck.

The incident forced the closure of the southbound lanes of the highway until 5 a.m. Monday. By late morning, several lanes were reopened, but the New Jersey Department of Transportation advised that residual delays should be expected.

UPDATE: I-287 southbound 2 LEFT LANES REOPENED, RIGHT LANE REMAINS CLOSED North of Exit 14 - Rt 22 in Bridgewater due to a tractor trailer fire. Use caution, slow down and expect delays https://t.co/lLtyv1WGIk

There were no injuries reported and a cause of the fire has not been determined.

Incidents like these are not uncommon when transporting fireworks.

Last July, 17 people were injured in south Los Angeles when an LAPD bomb squad seized illegal fireworks and stored them in an armored trailer with a plan to destroy them in a controlled detonation. A subsequent ATF investigation found that the LAPD had miscalculated the amount of fireworks the truck could hold, and criticized the department's decision to keep the truck in a residential area that suffered heavy damage as a result of the blast.

In November of last year, three people were injured in Toledo, Ohio when a U-Haul truck carrying fireworks burst into flames, sending the fireworks in all directions. In that case, neighbors at a nearby block party said someone had thrown an M-80 into the truck, which had some fireworks outside of it.

As the Fourth of July approaches, people transporting fireworks are reminded to keep them out of direct sunlight, preferably in spark-proof plastic containers in the trunk of a vehicle. Fireworks should not be stored in a hot car when it isn't being driven.