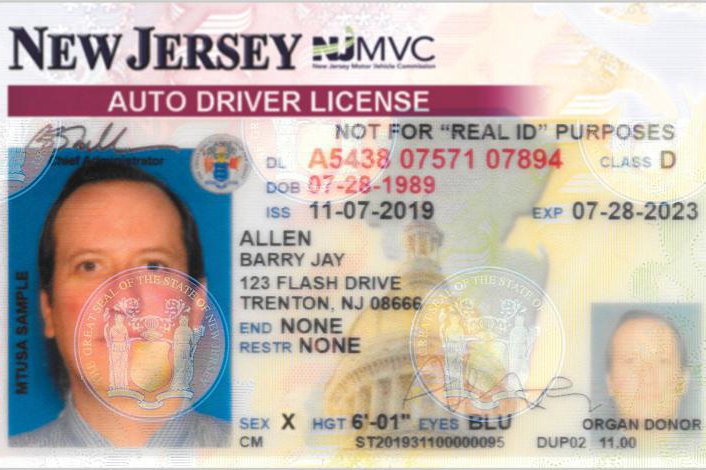 Above, a sample of a New Jersey drivers license featuring the state's gender neutral designation.

The Motor Vehicle Commission made the gender designation "X" available for gender-neutral residents Monday, along with "M" for male and "F" for female.

People who prefer not to have their gender specified on their drivers license or state-issued ID are eligible for the updated designation too.

"Diversity and inclusion are core values for the State of New Jersey and for all of us at MVC," General Manager Sue Fulton said. "We know that this new option will be of great impact to many residents, whether it is to gain access to resources or the ability to live and work freely which often depends on having documentation that reflects their identity."

Residents who wish to change the gender marker on their drivers licenses or photo IDs must complete an attestation form and bring it to an in-person visit at one of the MVC's licensing centers. A signature from a medical or social services provider is not required.

People who wish to change their gender designations will have to give up their current drivers license or ID and pay an $11 fee to receive a new card.

New Jersey originally planned to begin offering non-binary drivers licenses and state IDs late last year, but the rollout was postponed due to the COVID-19 pandemic.

The move was prompted by the Babs Siperstein Act, which allows residents to change the gender identification on their birth certificates without showing proof of surgery. It also added a non-binary category. Gov. Phil Murphy signed the act into law in 2018.