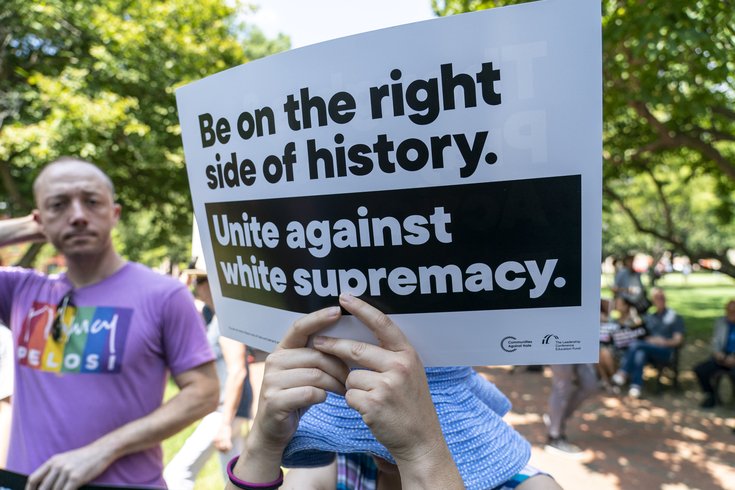 White supremacist extremism is on the rise in New Jersey, the state’s Office of Homeland Security and Preparedness says in a new report.

New Jersey says that white supremacist extremism is on the rise and poses is one of its biggest threats of terrorism.

According to a threat assessment report released by the state’s Office of Homeland Security and Preparedness, homegrown violent and white supremacist extremism rose from a moderate danger in 2019 to high-level danger in 2020. The reason for the change is based on the increased number of plots, attacks, and recruitment efforts over the last year.

While there were 46 instances of white supremacist propaganda distributed in New Jersey in 2018, that number jumped to 168 instances in 2019.

Out of the 44 domestic terrorist incidents in the U.S. last year, four had connections New Jersey, according to the report. Among the 41 homegrown violent extremists arrested in the U.S. – these are people who are identified in the report as inspired by foreign terrorist organizations – six were apprehended in either New Jersey or New York.

Meanwhile, foreign terrorist organizations, such as Al-Qaeda and ISIS, were both rated as low dangers in the report. Black separatist extremist groups elevated from a low-threat level to a moderate-threat level, mostly due to two people who killed four people and injured three in Jersey City in December and had expressed interest in the Black Hebrew Israelite group.

The state’s threat assessment comes after a report from the Anti-Defamation League revealed that New Jersey ranks among the states seeing the highest volume of white supremacist propaganda circulated.

The ADL documented 143 incidents last year in New Jersey, which is the fifth-highest total in the United States. It also marked a 250% increase from the previous year.

The New Jersey European Heritage Association claims responsibility for much of that propaganda, according to the ADL. The NJEHA, which began in 2018 and operates mostly in central New Jersey, espouses racist, anti-Semitic, anti-immigration and white supremacist values. Patriot Front, a well-known white supremacist group based in Texas, also was responsible for much of the N.J. propaganda, the ADL reported.

The ADL's report was supplemented by its ADL H.E.A.T (Hate, Extremism, Anti-Semitism, Terrorism) Map. The interactive tool catalogs a range of hate-inspired incidents, from anti-Semitic incidents to terroristic plots, since 2002.