New musical styled to rock your socks off 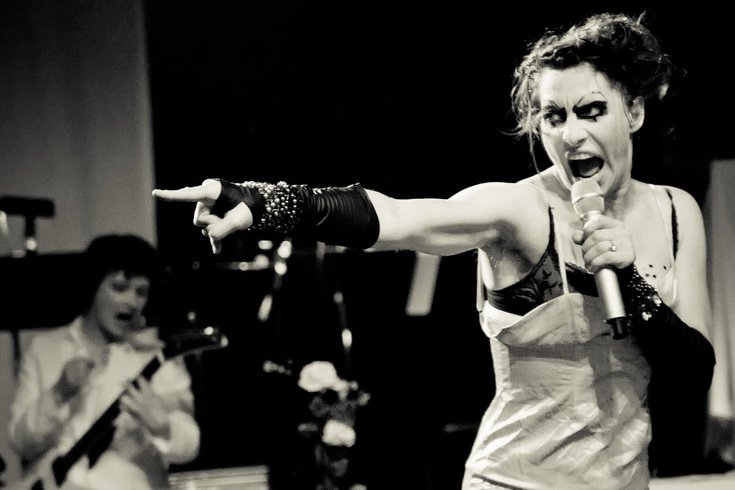 Now you can feel like an extra in a film that is also a live musical – or you can watch a musical with elements of extreme theater.

It may sound like a lot of options for one night out, but that's the case with JIB or: "The Child Who Went Forth to Learn What Fear Was," with original songs by indie rock/cabaret star Amanda Palmer.

Whatever you’re looking for in musical entertainment, this live rock musical bills itself as “a living film + rock show + ghost play.”  It promises to have something for you, and it made its world premiere in Philadelphia this past weekend at the Christ Church Neighborhood House in Old City.

The production of JIB sets a new standard in the creation of live theater. Each performance is recorded as a one-take film. Audience members double as extras while watching the musical, and can later purchase copies of the film. Pre-production costs were funded through a Kickstarter campaign that also existed as its own box office. Audience members can buy tickets in advance along with the album and a digital download of the film. New Yorkers interested in this past weekend's Philly premiere could also buy a round-trip bus ride along with their tickets and hang out with the New York-based cast along the way.

Michael McQuilken, the writer and director of JIB, has certainly redefined “collaborative art.” After producing JIB as his graduate thesis for New Haven's Yale School of Drama, he invited his friend and former girlfriend Amanda Palmer to create original music for the new version and Palmer tapped her songwriting pal Jason Webley to help her create an original album of songs. With John Morris of Brooklyn, New York's The Windmill Factory (as well as Cirque de Soleil and Fuerza Bruta) as creative director, JIB was designed as an artistic event.

It tells the tale of the interconnectedness of life, people and music. On its Kickstarter page, it’s described as, "strangers unknowingly compose one ongoing score across time and space – their collaboration is unknown to each other."

My Q&A with the principle characters is as follows.

Michael, you are the writer and director. What’s your hot take on the main character, Jib?

"The trick with us describing it is that there’s always a lot more in the form and the way the story’s being told. In some respect, it’s more in the form than the actual narrative," he said.

"Jib has a soldier father that she lost when she was young. When she goes back to unpack some of that history, it launches her musical impulses to start writing songs and perform them in a public way. We see her rise to attention and then the complication she faces being in the public eye. The piece has a lot to do with this idea of recognition in the modern world with so much media and so much ability to broadcast ourselves. I think that the play is dealing with our modern relationship to this massive broadcast ability and our connection to one another and where those things meet and where they divide. We have other characters that are musicians in the piece who are working on music in different ways and you see these ideas that they’re following find their way into Jib’s music. 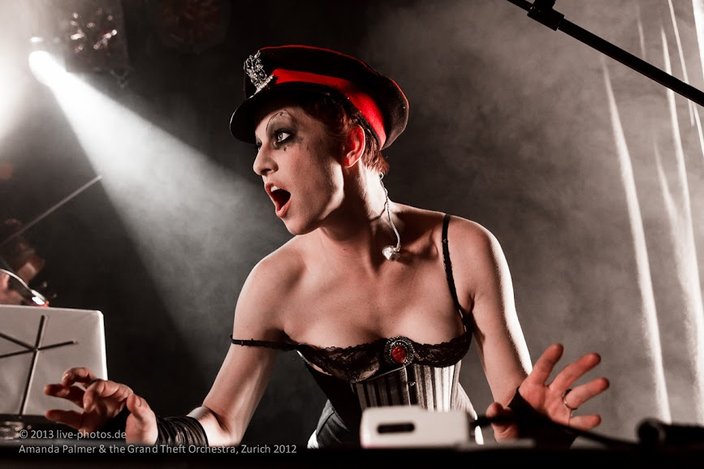 "Music is basically this language of various characters in the distance – sharing the same ideas and the same inspiration without realizing it. It’s using music as a way to draw lines between the humans we see on stage, to maybe start a conversation about how human beings are connected in ways that we don’t realize beyond that."

Amanda, you wrote the music with the voice of Jib in mind. How would you describe Jib?

"The challenge for me and Jason – because we sat and down and literally co-wrote every single song and lyric – was to write in the voice of one songwriter over time," she said.

"She’s going through a difficult relationship with success and coming to terms with the past and her own relationships. We threw that in the blender along with what we, playing God, decided her influences were – angry ‘90s female singer-songwriters like Courtney Love and Alanis Morissette. And we doused ourselves in that music, imagining what it could be like to be a 10 or 12-year-old girl, listening to those voices and how those voices transmute into a 20, 25-year-old songwriter. That was really fun; it’s really fun writing fictional music because you don’t necessarily have to take all the responsibility because you’re writing a character."

Amanda, you mentioned on your website that Jib has a passing resemblance to another rock star you know. Who were you referring to? It looks like she could be based on you.

"But that’s a question for Michael. I think she’s got some strains of Amanda Palmer, but who doesn’t."

Who’s your idea of Jib, Michael?

"I don’t think that Jib deals with being in the public eye the way Amanda does at all. She’s just less successful in the ways of dealing with the public and less capable of being a public figure," he said.

"There’s definitely some inspiration from my life and Amanda being the closest person in my life who’s a bad-ass rock singer. But the life story is kind of this bizarre amalgamation of lots of people who were near me at the time. And a lot of myself, truthfully, as well. In grad school, I got distracted by the idea of making work that I perceived was the wrong reasons; for attention, for approval or for some idea of what the world will think of your work. My big thing at the time was trying to remain connected to why I like to make work and what I feel is important about making work and what I feel the influence of work on the world could be. And maybe I’m an absurd optimist when it comes to what I believe artists can do and the impact artists can have. It was a meditation on a lot of that."

JIB is patron-supported art and audience members can buy tickets, the movie and the album. It looks like you’ve been successful already in raising money for production costs. Michael, did you set out to do the crowdsourcing for funding because you had to or was it something that was incorporated into the nature of it being collaborative art?

"In this case, it was a collaboration between these two large companies that both had large, sort of extended families. Three families," he said.

"We’re talking about Amanda’s family as well. She helped bring some of her fans to support the Kickstarter. Then we have this theater company Old Sound Room, which has 12 members and a bunch of extended helpers. The Windmill Factory, they’re the producing entity and they have a huge family. They throw a lot of large parties and do a lot of installations and events. It made sense to reach out to all of these communities and engage them in a way that’s more direct."

You’re premiering JIB in Philly. Michael, what drew you to Philly to mount the first production?

"We love Philly and we have a lot of family there. My artistic cohort in this is John Morris of The Windmill Factory and he’s our art director and creative director. He has great ties to Pig Iron and Pax. I have friends at Paradise Labs and the Wilma. I have a bunch of friends from school who ended up there. We went out there looking for a potential place to do the premiere and immediately the people at Neighborhood House showed us their incredible space and we pitched them an idea of taking over the theater and also the ballroom and doing this thing that kind of exists throughout the building. They were so immediately interested in the idea and supportive in making things they don’t normally allow happen. It became a no-brainer," he said.

"There’s a scene in the play, in an early outing with Jib, she’s at a live mic performance and she’s first testing the water. We decided to recreate that environment at the top of the show so when the audience is walking into the theater, they’re walking into this open-mic style thing. The show leaps into the environment unexpectedly. Before that open-mic – pre-show – we’re going to bring in Philly performers. Every night, there will be different performers. We know handfuls that we wanted to bring in and we thought it would be a great idea to make more friends in the Philly arts community. Just the fact that Philly’s a place where stuff like that can be done, that there are artists willing to share...we proposed the idea and immediately had this huge response. The arts community there is huge and awesome; there’re so many people making their own stuff with grit and gumption, it’s just a great place to do it."