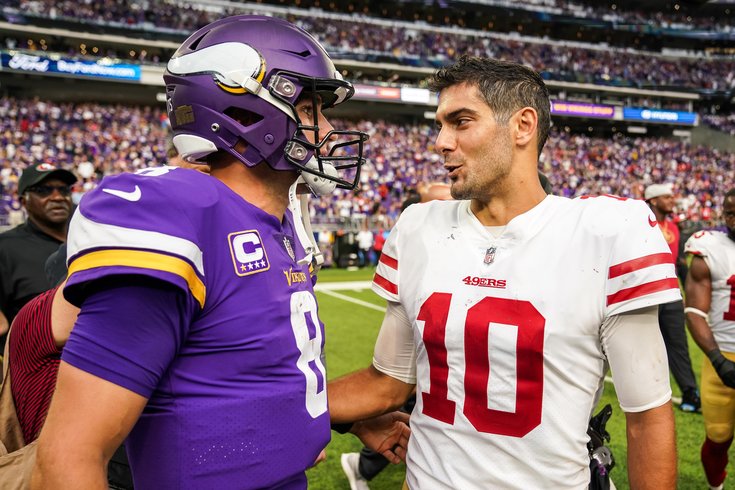 For the gambling degenerates, and those of you who just like watching NFL playoff football, here are my divisional round picks, as well as a place to comment on the action.

Vikings at 49ers (-7): The Vikings have the difficult task of playing in New Orleans on Sunday, traveling back to Minnesota, and then having a short week of preparation before flying out to San Francisco to take on a well-rested, and physical 49ers team. That won't be easy. Give me the Niners to win, but I think the Vikings have an underrated roster that will at least keep it close, so, gun to my head, I'd take the 7.

Titans at Ravens (-9.5): We were all Titans fans last weekend, and they came through, taking out the cheating Patri*ts, beginning the "end of a dynasty" conversation. This week, they'll face a legitimately great team in Baltimore, in what should be an old-school smashmouth type of matchup. The Ravens were too dominant all season to just bow out meekly in the first round, but again, gun to my head, I would take the points.

Picks against the spread: Vikings (+7).