By New Jersey Department of Transportation 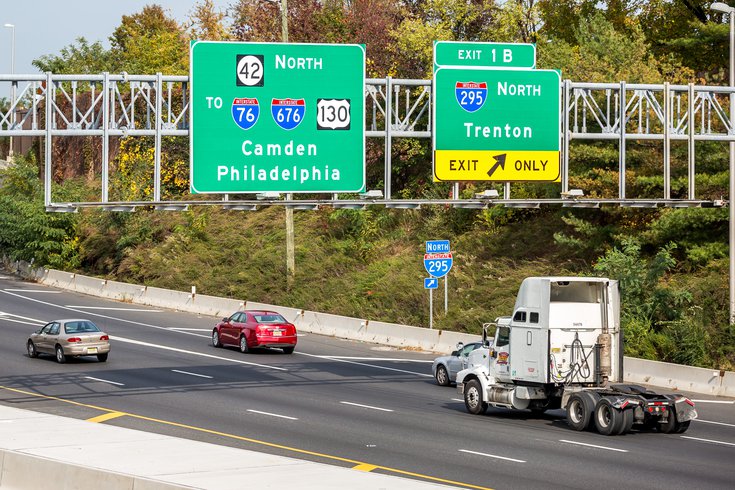 The three most heavily trafficked highways in South Jersey are being safely transformed into a smooth, driver-friendly configuration as the New Jersey Department of Transportation (NJDOT) moves forward with its massive $980 million congestion relieving Direct Connect project.

Direct Connect – and a series of related construction projects adjacent to the highways – will create a major economic boost for the region while reducing traffic tie-ups and increasing safety for tens of thousands of cars traveling the I-295, I-76 and Route 42 corridors.

When completed, Direct Connect will fuel big investments throughout South Jersey. Already more than one thousand construction-related jobs have been created to support the build since 2013.

“South Jersey’s future relies on a solid, modern and efficient transportation network,” said NJDOT Commissioner Diane Gutierrez-Scaccetti. “This redesigned interchange will create a critical and permanent link to the Greater Philadelphia Area by increasing the opportunity for expanded commerce and development.”

Currently, this heavily utilized interchange is a primary artery for Philadelphia commuter traffic via the Walt Whitman Bridge, while also providing key connections to the Jersey Shore, Route 42 and the Atlantic City Expressway. By easing congestion in Bellmawr, Mt. Ephraim and Gloucester City in Camden County, this interchange will greatly improve safety in an area once known for a high number of crashes and heavy, slow moving traffic.

The existing interchange does not provide a direct connection to I-295 and requires motorists to reduce speed to 35 mph to safely navigate ramps. This project will rectify these issues through the construction of a new bridge and an I-295 mainline direct connection over I-76/Route 42. Also, several ramps along the interchange will be improved and six additional bridges over I-295 and Route 42 will be reconstructed or replaced.

Years of careful planning, impressive design and efficient construction techniques have enabled a continuous flow of traffic along the busy highways as NJDOT continues to build gigantic support pillars, massive walls, and new roadways alongside, over and under the busy freeways in and around Gloucester and Washington Townships.

Once completed, this interchange will relieve congestion, successfully allow I-295 traffic to flow continuously without the need for 35 mph ramps, and ultimately improve safety by eliminating several weaving motions.

Additionally, the installation of dynamic message signs will alert motorists with up-to-date traffic information. Furthermore, travel-time readers and adaptive traffic signal control systems along portions of Routes 168 and 130 will be utilized to inform motorists and keep traffic flowing efficiently. Collectively, these technology-based systems will provide a wider range of capabilities to manage traffic in Camden and Gloucester counties.

“If you're one of the drivers who has to commute through this area right now, I understand the inconveniences you have and will face as a result of this construction.” Commissioner Diane Gutierrez-Scaccetti said, “We look forward to the completion of the Direct Connect project and its significant improvement to access to one of the busiest interchanges in the Garden State.”