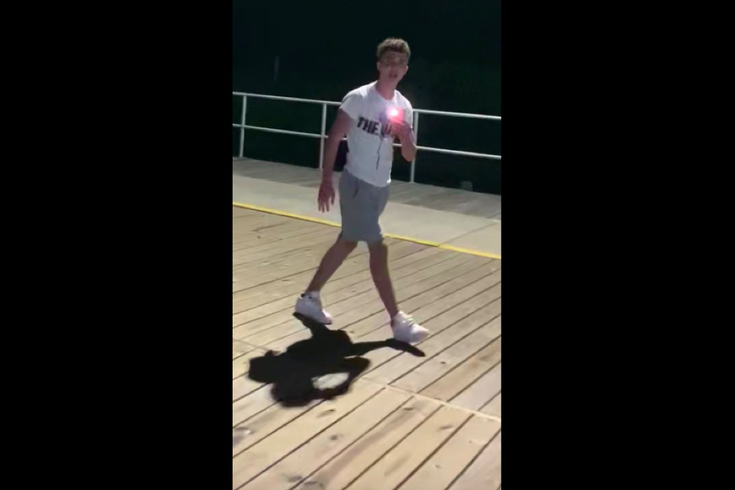 The man pictured above is wanted in an aggravated assault in North Wildwood on June 7, 2021, police said.

Authorities in North Wildwood are searching for a man they say committed an aggravated assault early Monday morning on the boardwalk.

Police said the incident occurred around 2 a.m. in the area of 19th Street and the Boardwalk. Investigators released two photos of the man, who has not been identified.

Details about the incident, including whether the victim suffered any serious injuries, were not made public. Authorities did not say whether any weapon had been used.

The suspect, described as a man between 17 and 20 years old, was last seen riding a pink beach cruiser and heading south on the boardwalk into Wildwood. He was wearing a white shirt that said "The Woo" on the front with grey shorts and white sneakers.

Anyone with information regarding the identity of this suspect is asked to contact the North Wildwood Police Department at (609) 522-2411 or email investigators at detectives@nwpd.org. The public also can submit anonymous tips by texting TIP NWPD, followed by a message, to 888777.