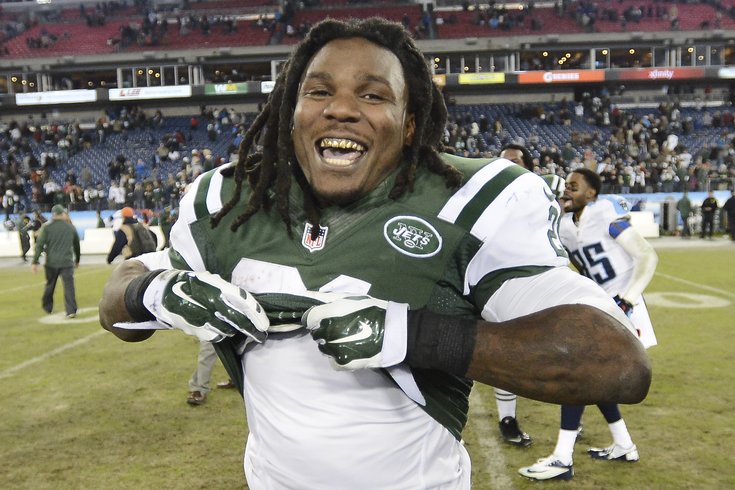 New York Jets running back Chris Johnson was in stable condition in Orlando on Sunday after being shot in the shoulder in an apparent drive-by shooting that killed one of his companions, authorities said.

Johnson, 29, and a third man told deputies that occupants in an unknown vehicle drove up beside their Jeep at a red light at about 4 a.m. and fired on them, according to the Orange County Sheriff's Department.

The Orlando sheriff's department provided no other details on Johnson; though several sports news outlets identified him as the National Football League running back.

Johnson is set to become a free agent on Tuesday after the Jets in February declined to pick up an option to extend his contract, according to NJ.com.

The Jets could not be reached immediately for comment.

The driver of the Jeep, Dreekius Oricko Johnson, 28, was killed. The third man in the car, Reggie Johnson, 29, also in stable condition, was shot in the shoulder, hand a leg.

The authorities provided no information on whether the three men were related.

Deputies reported that they found the driver dead in the Jeep and the two other men wounded on the sidewalk when they responded to a call of a shooting, according to a press release.

No arrests have been made, and the sheriff's office said it would not release information on the suspects.

Johnson was arrested in January in Orlando and charged with misdemeanor open carrying of firearms after two semiautomatic handguns, a Glock 9 mm and an FN 5.7 mm., were found in his car, according to the Orlando Sentinel, which said he was released on bond.