NYC marathon run will honor a mother lost to suicide 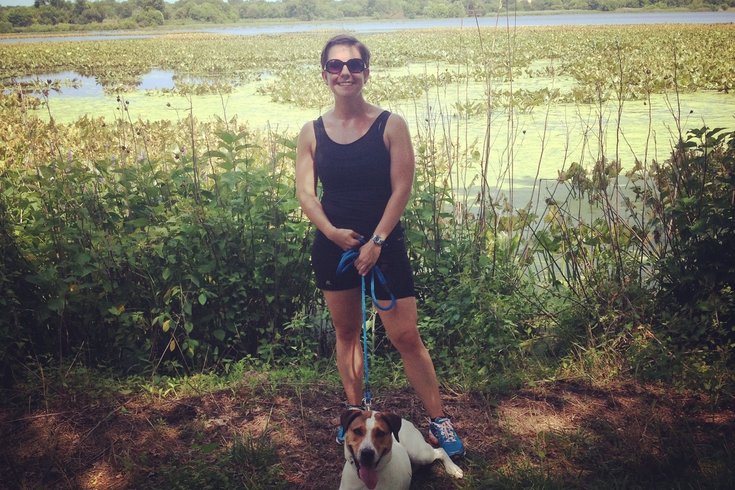 Jamie-Lee Josselyn, a creative writing instructor at the University of Pennsylvania, has raised more than $10,000 for the American Foundation for Suicide Prevention as she trained for the New York Marathon.

Jamie-Lee Josselyn remembers trailing her late mother to the gym, where, as a young girl, she struggled to keep pace as her mom completed the aerobic exercises in vogue during the early 1990s.

Now a seasoned distance runner, Josselyn felt 2016 marked the perfect opportunity to honor her late mother, Barbara, who died of suicide in 1995.

At 33, Josselyn is the same age that Barbara was when she died. And she's about to complete the New York City Marathon, her 10th marathon in as many years.

"It is meaningful to have running now, even though that wasn't my mom's sport of choice," said Josselyn, a creative writing instructor at the University of Pennsylvania. "She really was into fitness and health."

To pay tribute, Josselyn set out to raise $10,000 for the American Foundation for Suicide Prevention, a nonprofit committed to reducing the suicide rate and providing resources for people affected by it. To her surprise, she eclipsed that mark more than three weeks before the Nov. 6 race.

Josselyn previously had raised money for AFSP when she completed her first marathon in 2007. She began her latest fundraising effort by contacting anyone who had donated the first time.

She took a personal approach, sending individual emails to family members and friends, explaining why this marathon was important to her. It was a method her mother might have taken years ago. 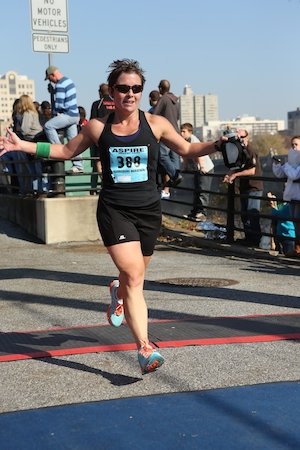 Jamie-Lee Josselyn crosses the finish line at the Harrisburg Marathon.

"She was also someone who was a big fan of sending cards and writing letters — just always letting people know that she was thinking of them," Josselyn said. "She was pretty thoughtful in that sense. That was very genuinely part of who she was."

Just as Josselyn appreciates a challenge, her mother also was driven to set and attain goals.

"When she put her mind to something, she got it done," Josselyn said. "She wasn't a runner, but in her late 20s she got really into working out at the gym and doing cardio. ... I used to go with her to the gym when I was nine or 10. I would just try to keep up in the aerobics classes."

But Barbara also struggled with mental illness and depression, said Josselyn, who was 12 when her mom died of suicide.

Josselyn said she responded by busying herself with schoolwork and other activities. But she remains grateful for the network of family members, teachers and friends who helped her cope with the loss. Many of them remain a source of support today.

"I was old enough to wrap my mind around it, to the extent that one can, and also young enough to still be a kid," Josselyn said. "It's hard to say how that played out for me in my head. I think there was a level of shock involved."

Her experiences have helped her provide guidance to students at Penn, where 10 students have killed themselves in the last three years. Josselyn was teaching a memoir writing class when the university announced the death of Olivia Kong in April.

She wrote about that experience for Literary Hub in September, describing the reactions of her students and the discussion that followed.

"Penn has been really strongly affected by suicide," Josselyn said. "That's certainly been a conversation here on campus and a conversation I've had with students on an individual and group basis. To be doing something for that cause, knowing how many of my students have been affected by this — that's just another reason I'm raising funds and raising awareness."

Nearly 43,000 Americans died by suicide in 2014, according to AFSP. For every death, about 25 others attempt suicide. In Pennsylvania, where 1,817 people died by suicide, suicides outnumber homicides by more than a 2-to-1 ratio. 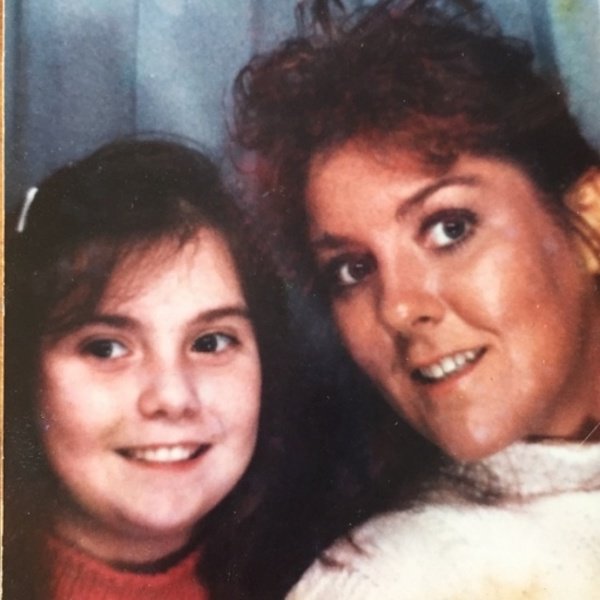 Jamie-Lee-Josselyn poses with her mother, Barbara.

“We’re thrilled Jamie-Lee is doing her part to raise awareness of mental health and suicide prevention," Chief Executive Officer Robert Gebbia wrote in an email. "Suicide is a serious problem, but it’s a problem that can be solved. ... With the help of advocates like Jamie-Lee, we continue to find ways to prevent suicide and bring hope to those affected by depression and other mental health conditions.”

Josselyn is one of 10 NYC marathon runners fundraising for AFSP. Together, they have raised more than $50,000. That money will be used to fund suicide prevention research, advocacy efforts and educational programs used in local communities.

"I'm not done yet," Josselyn said. "I'm going to keep it up through the marathon."

Josselyn is raising funds online, but also will hold a fundraiser on Saturday, Oct. 29 at Garage, a bar located at 1231 E. Passyunk Ave. in South Philly. The $20 entry fee includes three beers. The event runs from 4 p.m. to 7 p.m.

Come race day, Josselyn will wear a tank top provided by AFSP. The front designates her as being part of "Team AFSP." The back leaves space for runners to use a marker to proclaim whom they're supporting.

"I'll probably write my mom on that," Josselyn said.