Obama's Ukraine policy at crossroads as fighting rages on 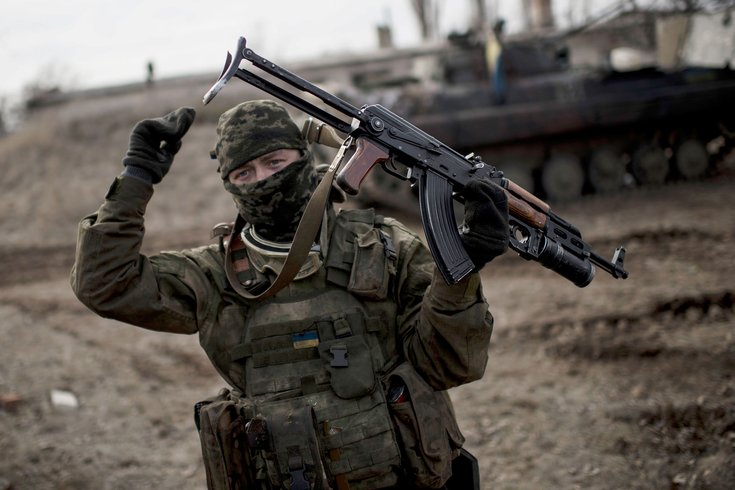 WASHINGTON/MUNICH - Russian-backed rebels' violent offensive in eastern Ukraine leaves President Barack Obama with perplexing and urgent choices, but aides say he will exercise his typical caution in deciding his next move.

Should Obama provide lethal weaponry to the Western-backed Kiev government to staunch Europe's worst conflict in two decades? Many U.S. lawmakers and some of Obama's own advisors are calling for that step, but it risks igniting a proxy war with Russia and driving a wedge between Washington and western Europe.

Obama’s "cautious instincts have served him and our country reasonably well in the Middle East... but he’s applied that same approach to Ukraine, where it doesn’t make sense." -- John Herbst, the U.S. ambassador to Ukraine, 2003-2006

Should he impose tougher sanctions on Russia? While sanctions have hurt the Russian economy, they have failed to deter President Vladimir Putin and it is unclear if they will do so in the future.

Or should he throw his full weight behind a revised German-French peace initiative, even though U.S. officials accuse Putin of shredding a prior cease-fire agreement signed in September?

U.S. officials, speaking on condition of anonymity, say the president will weigh his options carefully and will not be rushed into a decision. Obama's administration has faced criticism that it struggles to act decisively and project U.S vision at the height of foreign crises.

"The timetable is fluid. This is too important to make a snap decision," one official said.

Obama meets on Monday at the White House with German Chancellor Angela Merkel, who discussed the peace initiative with Putin on Friday and has made clear she opposes providing lethal arms to the Ukraine government.

Merkel, Putin and the leaders of France and Ukraine are due to meet on Wednesday for further peace talks.

With diplomacy in play, Obama seems unlikely to decide whether to authorize weapons for Ukraine right away. The U.S. and German leaders may find some common ground, however, on imposing further sanctions on Russia, which have been Obama's main tool in the nearly year-old crisis.

Yet tough rhetoric from some Obama advisors has raised expectations of a stronger U.S. response.

"The Ukrainian people have a right to defend themselves," Vice-President Joe Biden told a security conference in Munich on Saturday.

If history is a guide, however, Obama will refuse to be swayed by calls for swift action and rely on a small inner circle of advisors in reaching his decisions.

Obama set a "red line" against the Syrian government's use of chemical weapons, and drew fire for not following through with an implied military response after evidence of their use emerged.

Obama has avoided laying down such "red lines" in Ukraine, but the pressure is clearly building up for more decisive action.

John Herbst, the U.S. ambassador to Ukraine from 2003 to 2006, said that Obama’s "cautious instincts have served him and our country reasonably well in the Middle East... but he’s applied that same approach to Ukraine, where it doesn’t make sense."

The difference is, Herbst said, that while Washington has struggled to identify reliable allies in post-revolution Libya or in Syria, it has an "acceptable partner" in the pro-Western Kiev government.

Herbst, now at the Atlantic Council think tank, contributed to a report this month by former top U.S. officials which  recommended providing weapons to the Kiev government and $1 billion annually over the next three years to upgrade its defense capabilities.

U.S. officials say Obama has recommendations on his desk outlining the pros and cons of supplying Ukraine with lethal arms, such as anti-tank weapons, small arms and ammunition.

Some of Obama's top advisors, including Ashton Carter, his choice for new defense secretary, increasingly favor such an approach.

"It’s something that’s under consideration," she said on Friday about arming the Ukraine government. Rice added, though, that such a step would only be taken "in close consultation and in coordination with our partners, whose unity on this issue with us thus far has been a core element of our strength in responding to Russia’s aggression."

When she meets Obama, Merkel, who has led the European Union response to the Ukraine crisis, is expected to voice European worries that arming Ukraine's military will only escalate the bloodshed.

"I understand the debate but I believe that more weapons will not lead to the progress Ukraine needs. I really doubt that," Merkel told the Munich conference on Saturday.

Opponents of arming Kiev say Putin will be able to more than match any escalation; advocates say the Russian leader risks increased casualties and discontent at home if he does so.

Merkel will bring with her a new peace initiative that U.S. officials say includes a roadmap for implementing the previous cease-fire deal, agreed in Minsk, Belarus, in September.

While not all of details of the new initiative are publicly  known, the officials said it would widen a proposed buffer zone between the Russian-backed separatists and Ukrainian forces.

Putin, U.S. officials said, has made further demands, including moving the cease-fire lines to reflect the rebels' recent gains. Ukraine, the Europeans and Washington reject that and other Russian terms.

"The truth is I don’t think we know yet ... how successful this United States last year committed more than $118 million in training effort will be," a senior State Department official said of the renewed diplomacy. "There is a sense that there’s still some big issues left to be resolved."

The and non-lethal equipment to help Ukrainian forces, of which about half has been delivered, said a State Department official who declined to be named.

Michael McFaul, who stepped down as U.S. ambassador to Moscow last year, predicted on NBC’s "Meet the Press" that Obama would give Ukraine weapons, but that the East-West crisis over Ukraine will persist for months and even years. "I don’t see this resolving any time soon."