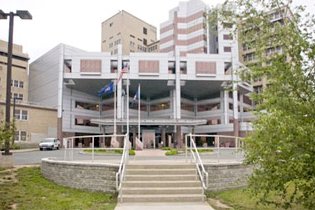 A Pennsylvania nurse is accused of helping perform surgery while intoxicated.

He told police he had forgotten he was on call and had been at a local casino where he consumed four or five beers.

Pieri allegedly stumbled into the hospital after being caught on surveillance video crashing his truck into a median in front of the medical center, the newspaper reports.

During the surgery, Pieri was responsible for prepping and retrieving the patient, preparing surgical materials and checking the patient’s vital signs, among other things, according to the Times Leader.

WNEP16 reports Pieri showed signs of intoxication during the procedure and was reported by a coworker.

The VA has removed him from direct care with patients as a criminal case and investigation are pending.

The organization believes the incident had no impact on the patient, according to the news station.

Pieri has been charged with recklessly endangering another person, DUI and public drunkenness.