Everything that happened in Green Bay, from Dez Bryant's tears to Chris Christie's sweater

With the Eagles eliminated from playoff contention a few weeks ago, many Eagles fans turned their rooting interests to their second favorite team -- whoever is playing Dallas. Here are 10 awards from the Cowboys' playoff loss at Lambeau Field:

On their final drive, facing 4th and 2 from the Packers 32 yard line, Tony Romo threw a deep ball to Dez Bryant, which was originally ruled a catch. After further review, referee Gene Steratore correctly ruled that the pass was incomplete because Bryant did not control the ball all the way through the catch. Bryant of course got away with running out onto the field to complain about a flag for pass interference against his defense a week ago in Detroit, which was picked up for absolutely no good reason whatsoever.

The Associated Press noted the rule on the incomplete pass:

Dez couldn't believe it long after the game ended:

The Cowboys ran DeMarco Murray into the ground this season. Including the playoffs, Murray carried the ball 436 times in 2014. History is not kind to running backs in the seasons following workloads of over 400 carries. Murray will be a free agent this offseason, so it will be interesting to see if the Cowboys pay bigtime dollars to a player who is extremely likely not to be as effective a runner as he was in 2014. 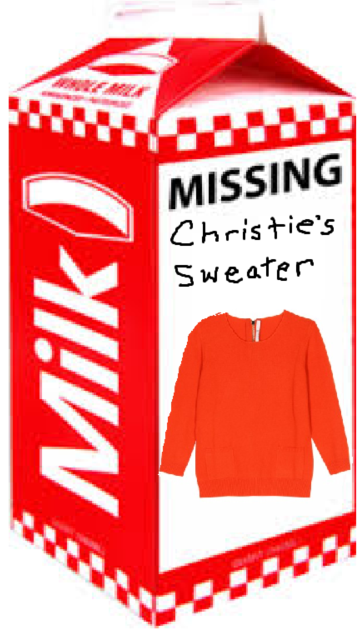 PhillyVoice.com obtained a transcript of a phone call he made prior to the Packers-Cowboys game today. Christie had previously been poked fun at for dry-humping Jerry Jones in celebratory fashion while wearing a retina-destroying bright orange sweater after the Cowboys divisional round win over the Detroit Lions.

Chris Christie: "Hey Rupe, wanna do me a solid and not show me and my giant orange sweater on TV during the game today?"

4) The Everybody Wins Award: Davante Adams

Adams was a wide receiver prospect out of Fresno State that I liked a lot heading into the 2014 NFL draft, more so than Jordan Matthews. Adams was selected by the Packers in the 2nd round, 11 picks after Matthews. As it turned out, Matthews had a really good rookie season, and Adams had a monster game while knocking out the Cowboys, catching seven passes for 117 yards and a TD. Everybody wins!

5) The 'Their QB is Better Than Ours' Award: Aaron Rodgers

If you added up the arms of all the Eagles' QBs, it would not be as strong as Aaron Rodgers'. Trust me, I did a scientific study that nobody would understand, but it checks out. The TD pass he threw to Richard Rodgers in between two Cowboys defenders in the back of the end zone was a heater... on one leg.

Every small white receiver for the rest of eternity will be compared to Wes Welker. In the Cowboys-Packers games, Buck said that Cole Beasley was a lot like Wes Welker. Here's Beasley's best NFL season vs. Welker's:

Peppers' strip of DeMarco Murray not only produced a turnover, but may have saved a TD that would have given Dallas an 11 point lead.

8) The 'Now We Can Hate Someone Else' Award: Eagles Fans

Now that the #1 enemy has been eliminated from the playoffs, Eagles fans can now turn their attention to the next hated team in line. That has to be Darth Belichick:

The back and forth nature of the Packers-Cowboys game must have had Cowboys fans changing allegiances between each team at least five different times this afternoon.

Thanks for winning the Eagles' Super Bowl, Packers. Philadelphia city officials have planned the parade for Monday at noon.