The Palm steakhouse closes after 31 years in Center City 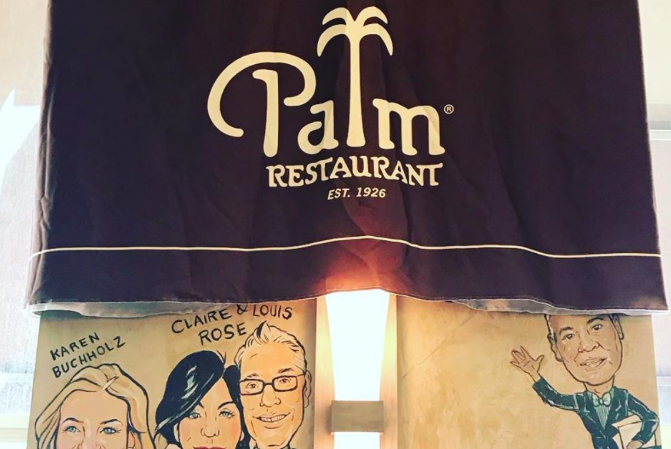 The Palm, known for its caricatures on the walls, has closed for business in Center City. The Philadelphia location of the the New York City steakhouse operated on South Broad Street for 31 years.

For the second time in the last few months, a decades-old Philadelphia steakhouse will close its doors.

The Palm, which has been at 200 South Broad St. in Center City for 31 years, is ending its run, the Philadelphia Business Journal reported Tuesday afternoon.

First established as a New York City chain in 1926, The Palm today has more than 20 locations across the United States and two international steakhouses.

The writing appeared to be on the wall last year when The Palm filed for Chapter 11 Bankruptcy. It was taken over by Landry's Inc., which owns a number of Philly steakhouses including both Del Frisco's locations. The company also owned Morton's steakhouse, which it opted to close on New Years Eve.

The Palm was known for its walls decorated with caricatures of notable guests who have dined there.

There is no indication, at this time, what is next for the Center City property on the ground floor of the Bellevue Hotel.