Patrick Stedman, of Haddonfield, claims to have sat in Nancy Pelosi's office during insurrection, prosecutors say 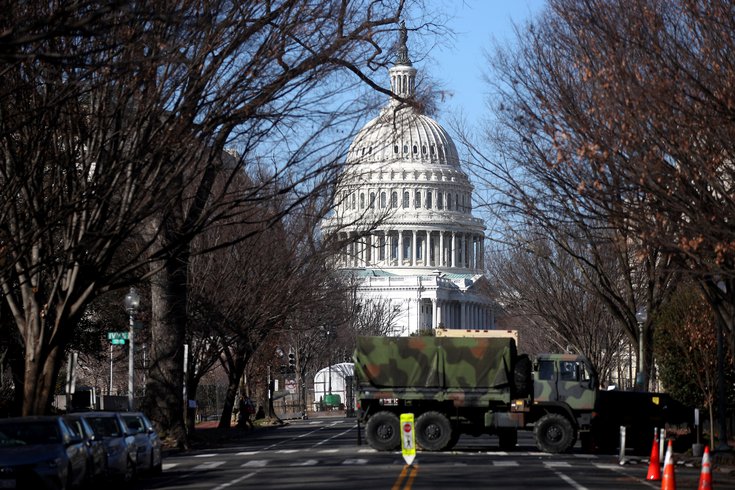 Patrick Stedman, a New Jersey resident who proclaims to be a 'dating and relationship strategist,' was arrested Thursday for his alleged role in the U.S. Capitol riot.

A Camden County man who posted Twitter videos of the U.S. Capitol riot earlier this month faces federal charges for his alleged role in the insurrection.

Patrick Stedman, 32, of Haddonfield, was arrested Thursday, according to the U.S. Attorney's Office for New Jersey. He has been charged with unlawful entry of a restricted building and disorderly conduct on Capitol grounds.

A criminal complaint filed in the District of Columbia included several screenshots from Stedman's Twitter page. They depict him traveling to Washington D.C. for a pro-Trump rally and include several scenes from inside the Capitol building.

In one video, Stedman discussed his participation in the riot, saying "I was pretty much in the first wave, and we broke down the doors and climbed up the back part of the Capitol building and got all the way into the chambers," according to the complaint.

A former high school classmate and a former college classmate sent tips to the FBI after seeing his Twitter posts detailing his alleged involvement. The college classmate said Stedman had encouraged his followers to join him in D.C. for the rally as early as Dec. 30.

Stedman's Twitter account, which has more than 25,000 followers, describes him as a "dating and relationship strategist" who provides "daily emails on sex and female psychology."

A link in his bio leads to a document titled "The Harmful (and Hidden) Mindset Holding Men Back in Dating and Relationships And How My Journey From Social Outcast To 'Playboy' To Nearly Divorced Helped Me Discover The Formula For Success."

Stedman made a federal court appearance Thursday in Camden. The Courier Post reported that he was released on a $50,000 secured bond after a judge deemed he did not pose a flight risk.

Stedman has continued sharing political messages on his Twitter account. On Inauguration Day, he posted a video titled "COVID/CABAL — 1/20 Goodbye?" In the video, he shared his fears of the new Joe Biden administration.

"The only thing that's going to break it is the people," Stedmam said in the video. "I'm not endorsing violence, I'm just saying that that's likely to happen. Hopefully also nonviolence. ... That's how it's going to have to happen. Maybe that's important for the growth of humanity, for people to stop relying on others to do things for them."