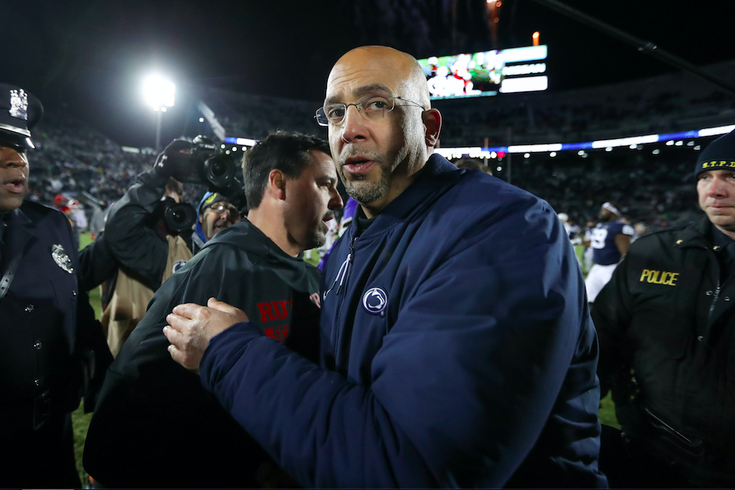 Penn State head football coach is named as a defendant in a lawsuit filed by former Nittany Lions safety Isaiah Humphries, who claims who was hazed and harassed by teammates during his lone year at the university.

Defensive back Isaiah Humphries, who spent one year with Nittany Lions, filed the eight-count, 46-page lawsuit in the U.S. Middle District Court of Pennsylvania.

Now with the University of California, Humphries has accused four former teammates of carrying out a hazing campaign that involved wrestling him to the ground, humping him and placing their genitals on his face, according to the Centre Daily Times, which obtained a copy of the federal lawsuit.

According to the lawsuit, Humphries allegedly was hazed at various locations on campus, including the Lasch Building where the football team trains. Franklin and other coaches allegedly observed these incidents but refused to intervene, the Center Daily Times reported.

Humphries reported these incidents to coaches and the university, and he alleged Franklin made him undergo football drills designed to make him fail, thus justifying a lack of playing time.

The former teammate listed as a defendant is defensive tackle Damion Barber. Allegations were also made against linebacker Micah Parsons, defensive lineman Yetur Gross-Matos and linebacker Jesse Luketa, who was sanctioned by the university's student conduct office last year, according to the lawsuit.

Humphries is seeking unspecified financial damages in the lawsuit.

In April 2019, Penn State police announced they had opened an investigation into allegations of indecent assault by a "known student" at the Lasch building. It was not immediately clear whether Humphries' lawsuit was connected to that investigation.

Franklin is under contract as Penn State's head coach through 2025 after signing an extension in December.

Penn State has not yet responded to the allegations.