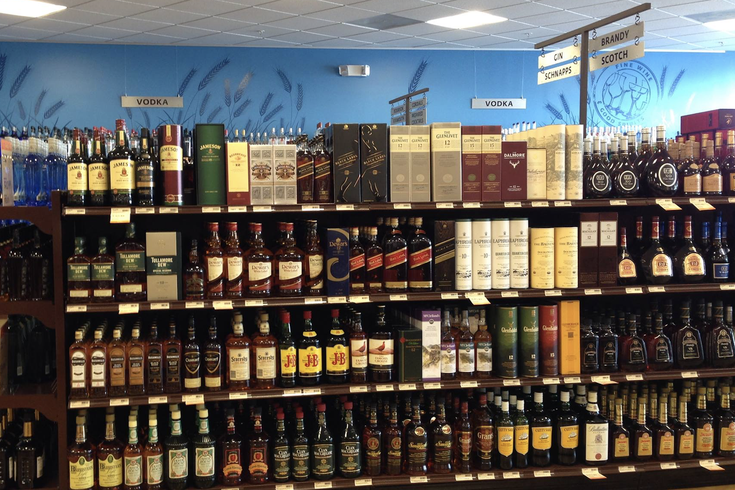 The Pennsylvania Liquor Control Board has overseen the sale of liquor and wine in the state since the agency's founding in 1933. Republicans are pushing to privatize those sales.

Republican lawmakers are renewing efforts to disband Pennsylvania's state-run liquor system by seeking a referendum that would place the issue in the hands of voters.

Last week, legislators introduced a resolution calling for a constitutional amendment that would prohibit the Pennsylvania Liquor Control Board from manufacturing and selling alcohol.

If the General Assembly passes it in consecutive legislative sessions, the bill would bypass the governor's desk and appear as a ballot question. The referendum would appear during the first primary or general election that occurs at least three months after it is passed.

The earliest this can occur is May 2023, according to City and State Pennsylvania.

The privatization of liquor and wine sales in Pennsylvania would take effect no sooner than 18 months after voters approve the ballot measure.

The resolution was introduced by Rep. Natalie Mihalek, a Republican who serves parts of Western Pennsylvania. Mihalek wrote in a memo that the COVID-19 pandemic "exposed our liquor system as outdated and the PLCB as inept."

"It has been 88 years since the end of prohibition, and it is time for this commonwealth to modernize the sale of liquor once and for all," Mihalek wrote.

Mihalek slammed Democrats and outside groups for fighting "these consumer-driven and convenience-focused pieces of legislation."

"While the General Assembly has taken some gradual steps to modernize the sale of wine and spirits in the commonwealth, consumers are still facing arbitrary and capricious rules and an outdated system that limits access to desirable products," Mihalek wrote.

"The best way to move forward is by allowing our constituents to have the final say on Pennsylvania finally entering the 21st century by ending government control of liquor sales."

The resolution is under consideration by the House Liquor Control Committee, where testimony supporting and opposing a constitutional amendment was heard Monday.

The Pennsylvania Chamber of Business and Industry, and the Pennsylvania Restaurant and Lodging Association are among organizations that support privatization. They argue it would help reduce prices for customers and liquor license holders, according to the Pittsburgh Post-Gazette.

Democratic lawmakers and UFCW Local 1776, the union that represents Fine Wine and Good Spirits store workers, argue that privatization would result in thousands of lost jobs, increased prices and a more limited selection.

Rep. Dan Deasy, a Democrat who represents Allegheny County and serves on the House Liquor Control Committee, said the proposed amendment "is a disaster in the making" and should instead be considered as a regular piece of legislation.

"[The amendment] is deceptive, and I fear it would result in even more confusion and frustration for Pennsylvanians," Deasy said. "It's premature because there is nothing in place to address how that privatization would work."

The PLCB, which was created nearly 90 years ago to regulate liquor and wine sales, has said it will stay away from the politics of privatization. Chairman Tim Holden said the board returned nearly $765 million last year to the state's general fund.

"Where would the state get that money? That’s not a one-time contribution but is provided annually by a state-owned asset," Deasy said. "That money would have to come from somewhere. There are too many questions still unanswered. More needs to be done to vet this process."

Wolf's office has not commented on the proposed amendment.

The effort to privatize alcohol sales reemerged last year when state lawmakers considered bipartisan legislation to permanently legalize to-go cocktails, which were temporarily permitted at the onset of the COVID-19 pandemic.

Republicans added an 11th-hour amendment that would have allowed grocery stores, beer distributors, convenience stores and bars to sell pre-canned alcoholic beverages. The amendment also would have allowed businesses with liquor licenses to sell up to 192 ounces of ready-to-drink products for off-premise consumption while implementing no limits on distributors selling these drinks.

The measure ultimately collapsed after Wolf threatened to veto the amended legislation.