Richard Meleski, 58, claimed he was a Navy SEAL and prisoner of war to receive stolen health benefits 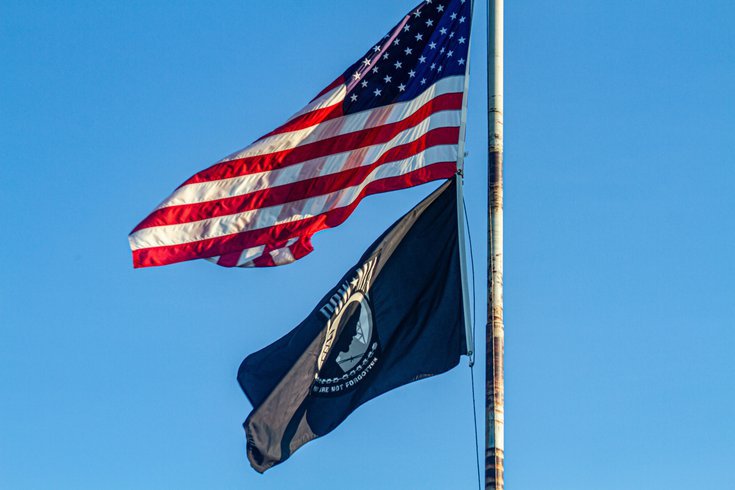 Richard Meleski, 58, of Chalfont, Pennsylvania, falsely claimed to be a Navy SEAL and prisoner of war suffering from PTSD in order to steal more than $300,000 in benefits from the Veterans Administration and the Social Security Administration, federal prosecutors said.

A Chalfont man who falsely claimed to be a military hero will spend more than three years behind bars and pay more than $300,000 in restitution after pleading guilty to charges that he fraudulently obtained medical and disability benefits, federal prosecutors said.

Richard Meleski, 58, was initially charged in Nov. 2019 when investigators learned he had faked a military career as a Navy SEAL and had falsely represented himself as a prisoner of war. Meleski concocted his elaborate stolen valor story in order to qualify for Veterans Administration and Social Security Administration disability benefits.

Meleski claimed he had PTSD symptoms that stemmed from armed conflict in Beirut, Lebanon, where he said he had bravely rescued injured SEAL teammates.

In an application for disability benefits, Meleski said he was awarded the Silver Star for valor in combat. To give his story credibility, he included details from the obituaries of actual Navy SEALs he claimed to have fought alongside, prosecutors said. He never served a single day in the military.

Meleski's false representation qualified him to receive healthcare from the VA under its Priority Group 3 designation, which entitled him to benefits before deserving military service members could access them.

When applying for disability benefits, Meleski also lied under oath about fake injuries during an SSA proceeding, prosecutors said.

In total, Meleski received $302,121 in medical and disability benefits as a result of his scheme.

“The defendant faked a record as a decorated U.S. Navy SEAL in order to collect numerous forms of taxpayer-funded compensation,” said Acting U.S. Attorney Jennifer Arbittier Williams. “The fact that Meleski chose to put himself ahead of true war heroes in order to take advantage of benefits designed specifically for those serving in the U.S. military is profoundly offensive. Our veterans fought for the freedoms we hold dear, and as we approach the twentieth anniversary of the attacks of 9/11 this Saturday, their sacrifices are even more meaningful. The defendant’s actions dishonor all of their legacies.”

Meleski was sentenced to three years and four months in prison and three years of supervised release. He also was ordered to pay full restitution for the stolen benefits.

“We are grateful to our federal partners for their work in pursuing and prosecuting those who impersonate our nation’s heroes and unlawfully obtain benefits meant for those who served,” said retired rear admiral Karen Flaherty-Oxler, director of the Philadelphia VA Medical Center. “It is disheartening to see someone who benefited from the service of our veterans, dishonor them in this manner. Nonetheless, our day-to-day mission of caring for our veterans continues uninterrupted and with the same vigor and commitment.”