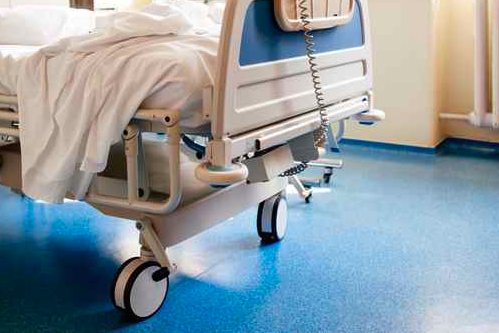 A Pennsylvania transgender man has a filed a federal lawsuit challenging the state's Medicaid program for excluding coverage of a hysterectomy that his doctor determined to be medically necessary, one of the first legal challenges of its kind in the United States.

The complaint, filed Feb. 18, contends that the Affordable Care Act (ACA) requires state-funded healthcare providers to cover the procedure and other forms of transition-related care, such as hormone therapy, mental health services and gender reassignment surgeries, according to The Advocate.

The lawsuit represents one of the first instances in which a plaintiff cites the civil rights provision of the ACA, following a trans man's victory in Minnesota last year that broadly interpreted existing Title IX and Title VII protections for trans students and employees. A more comprehensive rule reinterpretation proposed last September by the U.S. Department of Health and Human Service’s Office of Civil Rights – yet to be implemented – would ban coverage exclusions in plans nationwide citing the ACA's prohibition of discrimination based on race, color, national origin, sex, age, or disability.

“Under Obamacare, it’s got to be provided,” said Julie Chovanes, a transgender woman representing the Pennsylvania plaintiff, identified only as John Doe, a 30-year-old school teacher, in an interview with The Washington Times. “It can’t be discriminatorily not provided when medically necessary and prescribed by a doctor," added Chovanes, who also serves as executive director of the Trans Resource Foundation.

Similar legal challenges to trans coverage exclusions resulted in bans on trans exclusions in New York and Oregon in 2014. Absent the implementation of the federal rule change, however, remaining loopholes in the ACA enable states to avoid providing comprehensive trans coverage. While healthcare providers are bound to offer appropriate preventive care, they are not always required to cover transition-related care.

Pennsylvania is one of more than thirty states without an explicit policy ensuring equal coverage for trans patients in private insurance or Medicaid.

Though critics of trans-inclusive coverage question both the high cost and effectiveness of gender reassignment surgery, Sarah Warbelow, legal director of the Human Rights Campaign, told The Washington Times that calls for mental healthcare as an alternative remedy are inconsistent with the conclusions of the American Psychiatric Association and American Medical Association.

“Certainly transgender people do seek relationships with mental health care providers," Warbelow said, "but the appropriate treatment as deemed by the American Medical Association and every major physical and mental health-care organization out there is to affirm people in their gender identity.”

If the Pennsylvania lawsuit is resolved in favor of the plaintiff, the decision could help tip the balance toward implementation of the federal rule changes proposed in September, potentially expanding coverage nationwide for gender-affirming surgery and other procedures now subject to exclusions.