Unionized workers will now have until Monday, Jan. 24 to get inoculated, but officials say the cutoff could be pushed back again 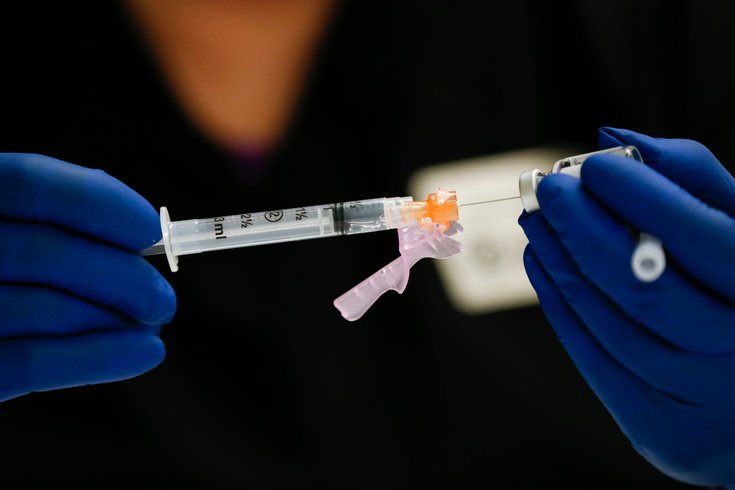 Philadelphia has extended its employee vaccine mandate deadline originally scheduled for Friday back to Monday, Jan. 24 due to ongoing union negotiations.

Philadelphia's city government has pushed the deadline for its employee COVID-19 vaccine mandate back 10 days as part of an agreement between the Kenney administration and unions representing the workers.

Employees were initially required to have begun the process of getting inoculated or obtaining an exemption for religious or medical reasons by Friday, but will now have until Monday, Jan. 24. The extension is due to ongoing union negotiations, the city said Friday morning.

The mandate was originally announced in November and applies to all city employees represented by a union, as well as seasonal workers.

Unions involved in the bargaining include the Fraternal Order of Police; the Local 22 Philadelphia Firefighters' and Paramedics' Union; and two branches of the American Federation of State, County and Municipal Employees – one representing administrative and healthcare workers and another focused on blue-collar employees like trash collectors.

The city has already reached an agreement with the AFSCME branches, according to Patch. The deal requires the city to extend any agreed upon concessions, like the extended deadline, to any future deals it may strike with unions on the vaccine mandate.

Those who don't comply with the mandate once the city settles on a final deadline will be put on unpaid leave for no more than 15 days and could ultimately be fired if they don't begin the process of getting vaccinated by the end of that period.

Those who do receive an accepted exemption must submit to regular testing and will be required to wear two face masks or an N95 mask at all times while at work.

Reports of Philly possibly implementing a mandate for municipal workers originally surfaced in August when the city enacted its vaccination requirement for all healthcare systems, colleges and universities.

The city has already been requiring vaccinations for all new employees, healthcare workers and municipal workers not represented by a union and the School District of Philadelphia has mandated that all teachers and staff be fully vaccinated since September.

So far, about 22,000 -- or 78% -- of city employees have been vaccinated and 1,300 have an approved exemption from the mandate, according to Mayor Jim Kenney. That accounts for 81% of the city workforce, but there are big gaps between different departments.

While the city's public health workers are over 91% vaccinated and between 81% and 90% of those working in the Mayor's Office can say the same, only between 61% and 70% of firefighters and police officers are inoculated.

Arbitration proceedings are still currently ongoing, and it is possible that the mandate could be pushed back even further, officials say.