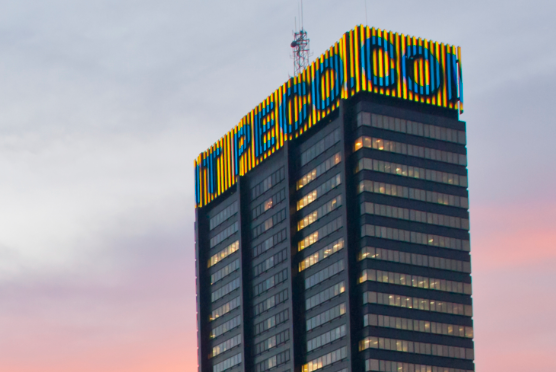 PECO announced on Friday that it will turn its lights green and display a soaring national bird ahead of the Eagles' NFC title bout with the Minnesota Vikings on Sunday night. But in a move seeped in superstition, the company said it will not run Eagles messaging on the crown lights atop its headquarters at 2301 Market St.

The time to bask in the Eagles' Wild Card victory over the Chicago Bears is running short. A rematch with the Saints on Sunday is Philadelphia's prize for one of the most dramatic games in recent memory.

But since it's still only Tuesday and the glow of that finale is still fresh in everyone's mind, it's worth saluting PECO for its mockery of Bears kicker Cody Parkey. On the crown lights at the top of the Center City skyscraper, the company used Parkey's fateful kick as a way to tout their own reliability.

Here's a better look at it.

The double-doink in bright lights high above the city of Philadelphia.

That's right, the PECO Building is showing an animation of the famous blocked kick. pic.twitter.com/UiicTFvhYA

It's been established by now that Parkey's kick was partially blocked, so we can maybe ease off twisting the knife in him specifically.

PECO has historically used its crown lights to support Philadelphia sports teams, but notably decided not to do so before the Eagles beat the Minnesota Vikings in last year's NFC Championship Game. Such displays hadn't boded well for Philly teams ahead of the first Eagles-Patriots Super Bowl in 2005, or the Phillies second World Series bid in 2009.

This week, it looks like PECO cast its superstitions aside for the sake of a good joke.