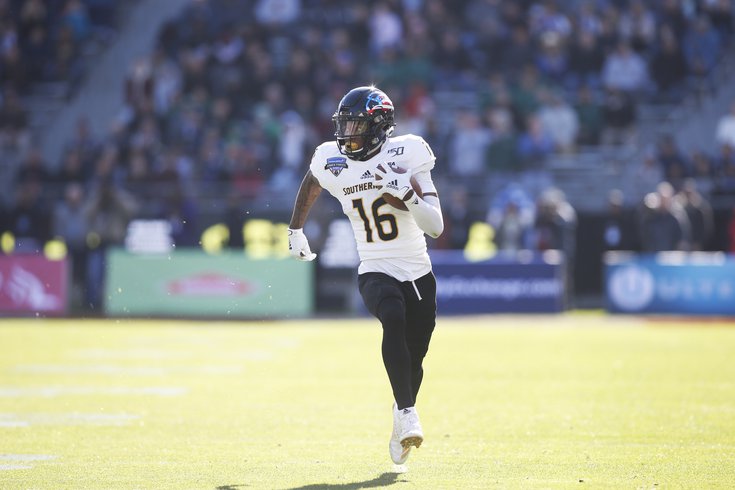 After fielding one of the slowest offenses in the NFL a season ago, the Philadelphia Eagles are now trying to assemble a track team at wide receiver.

So far they have added speed demon Jalen Reagor in the first round, followed by a trade for Marquise Goodwin, one of the fastest players in the NFL, then deep threat John Hightower of Boise State, and now Southern Mississippi's Quez Watkins, who ran the second-fastest 40 among receivers at the 2020 Combine. They will all of course join DeSean Jackson.

Watkins had solid production at Southern Miss, particularly in 2019:

In Goodwin, Hightower, and Watkins, it is fairly clear that the Eagles are just adding speed guys in bulk, and seeing if someone can emerge as a playmaker for them, a strategy that makes some sense. Here's Watkins in action:

Like we noted with the Hightower pick, the challenge for Watkins will be beating press coverage at the pro level, but he obviously has big league speed.