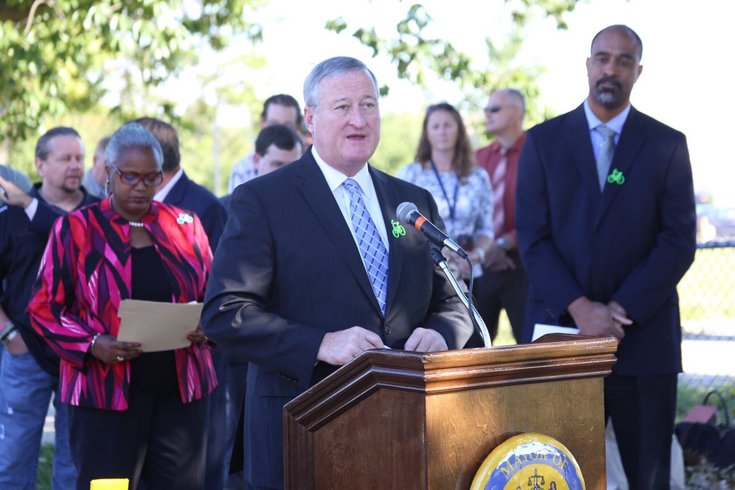 The city of Philadelphia took the next step this week in an ongoing effort to make roadways safer for motorists, cyclists and pedestrians.

Mayor Jim Kenney, other city officials and biking advocates were on hand Friday to cut the ribbon to officially open the city's first protected bike lanes.

Kenney had pledged to install 30 miles of protected bike lanes while in office.

The lanes provide a safe space between the sidewalk and parking lanes for cyclists. Another key feature to protected bikes lanes is the flexible delineator posts, which add another layer of protection for cyclists and separate the parking and biking lanes.

Cycling advocates have long urged the city to install the lanes. Philly was the largest United States city without protected bike lanes.

Members of the Bicycle Coalition of Greater Philadelphia praised the opening.

“Our members and staff are pleased to provide feedback to the city about the importance of protected bike facilities for the safety of all users, and we look forward to seeing more protected bike lanes in the coming years.” the group's executive director, Sarah Clark Stuart said.

In April, the city identified 10 additional projects that will expand the number of protected bike lanes.