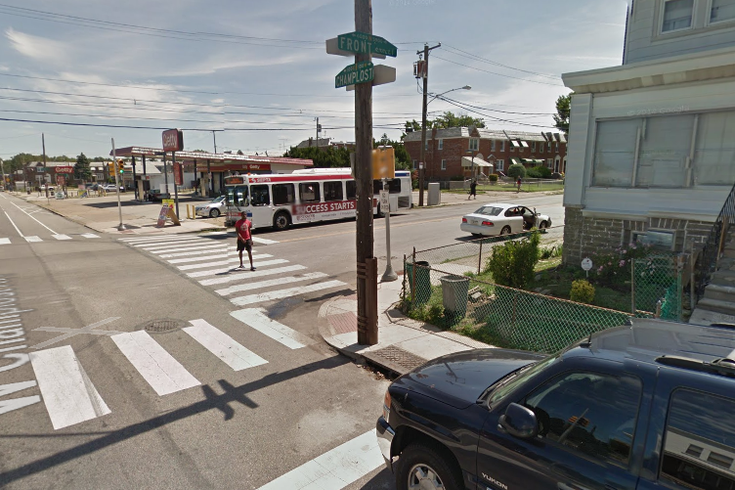 The intersection of Front Street and Champlost Avenue in the Olney section of Philadelphia.

A Philadelphia police officer was involved in a car crash in the Olney section of the city, according to media reports.

The incident occurred Sunday just after 7 p.m. near the intersection of Front Street and Champlost Avenue.

According to 6ABC, the officers traveling on Champlost Avenue to respond to a call when a black Ford Expedition struck the officer's vehicle sending it into a telephone pole.

According to NBC10, drugs and alcohol are not suspected to be a cause of the crash.

No arrests have been made as an investigation continues.