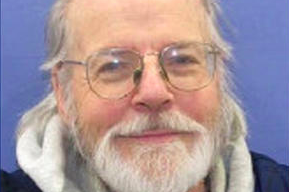 Philadelphia police are seeking assistance from the public to locate a Vietnam veteran who has been missing from the local VA Hospital since Tuesday.

According to authorities, 71-year-old Charles "Eddie" Moore was last seen around 3:40 p.m. Tuesday at the VA Hospital located at 3800 Woodland Avenue, NBC 10 reports.

Moore's brother-in-law told the news station that his sister was with Moore at the hospital for a CAT scan when he went missing. While she sat in the waiting room, hospital staff confirmed that Moore had completed the procedure, but it was soon discovered that he never returned. Hospital security footage shows Moore leaving the facility.

The family filed a missing persons report and has conducted an independent search, but police are now asking the public for assistance. Moore was believed to have only $30 in his possession and does not have a working ATM card. He suffers from dementia and does not own a cell phone.