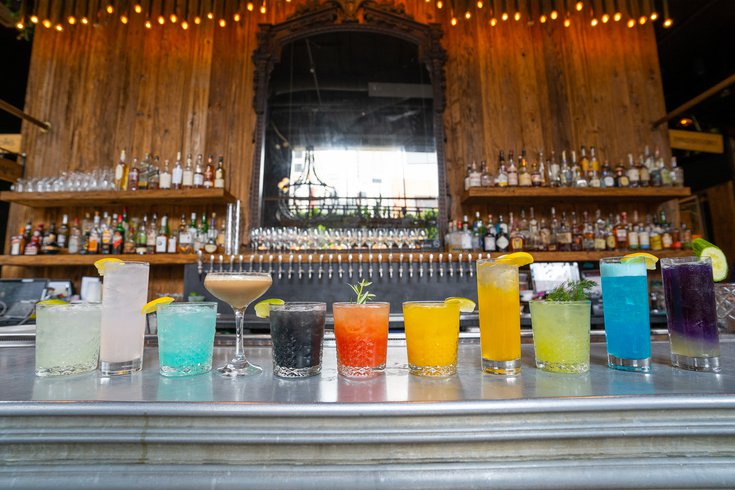 This Pride Month, Philly restaurant group FCM Hospitality is expanding its 'Cocktails for a Cause' fundraiser at 11 of its restaurants. Guests can taste the rainbow by trying out each drink, with $1 of the proceeds from each sale going to benefit LGBTQ organizations throughout the city.

This Pride Month, Philadelphians can support the local LGBTQ community all through June by purchasing colorful cocktails at 11 bars and restaurants around the city.

FCM Hospitality, which operates places like Liberty Point, Morgan's Pier and Craft Hall, is hosting the Cocktails for a Cause fundraiser for Pride Month. For each specialty drink sold, the restaurant group is donating $1 to LGBTQ organizations, including Attic Youth Center, William Way LGBT Community Center, Philly Asian Queer and Galaei.

The month-long promotion lets imbibers "drink the rainbow," with a different colored drink at each of FCM's locations. Although the promotion runs from June 1-30, the real celebration begins with a Pride Party and Kick-off Event at Liberty Point on June 9 from 5 to 8 p.m.

The Philadelphia Flyers and Flyers Charities are partnering with FCM Hospitality for Cocktails for a Cause, and will be at the party. Gritty is also slated to make an appearance at 6 p.m.

"When we first learned about Cocktails for a Cause, we were eager to get involved and help support local LGBTQ+ organizations that do so much for our city," said Valerie Camillo, president of business operations for the Flyers. "The Flyers belong to everyone in the city of Philadelphia, and especially during Pride Month, we want to send a clear message that we support the LGBTQ+ community."

As part of the fundraising effort, Flyers Charities will match up to $10,000 in donations from the sale of the Flyers Rowdy 'Rita, Liberty Point's Pride Month drink. The kick-off party is the only event to feature all 11 Pride Month cocktails.

The party is free to enter and open to the public. Anyone under 21 must be accompanied by a parent or guardian. 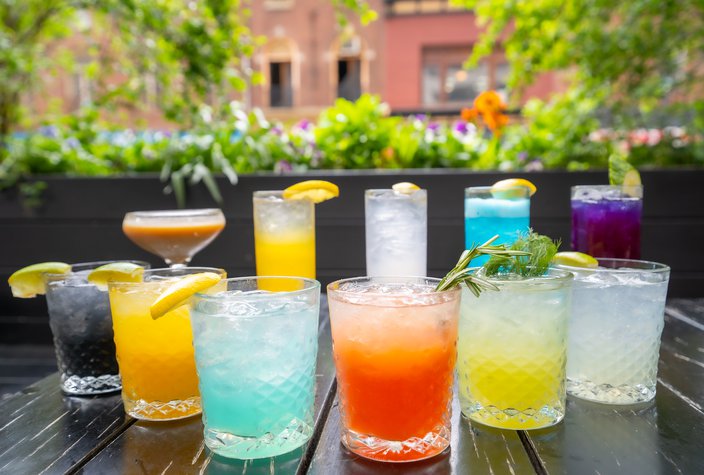 FCM Hospitality is partnering with the Philadelphia Flyers on June 9 at Liberty Point from 5 to 9 p.m. for a Pride Party and Kick-off Event. Liberty Point's Pride drink, the Flyers Rowdy 'Rita, will be sold, and Flyers Charities will match $1 donations up to $10,000.

The full list of cocktails and colors is below. This year, FCM Hospitality expanded the Pride Month offerings to include black, brown, pink and light blue in order to align with Philadelphia's Progress Pride flag, which includes a homage to Black and Brown people as well as the transgender community.

"FCM Hospitality is proud to celebrate Philadelphia Gay Pride Month with Cocktails for a Cause," said Avram Hornik, owner of FCM. "We came up with this idea because I think that local businesses need to step up to support our region's LGBTQ community and non-profit organizations were the hardest hit by the pandemic."

Reservations are suggested for some restaurants and visitors can contact each individually for specific policies.

Pride Month Cocktails for a Cause