Phillies season preview: Can bullpen stay healthy enough to be consistent in 2020? 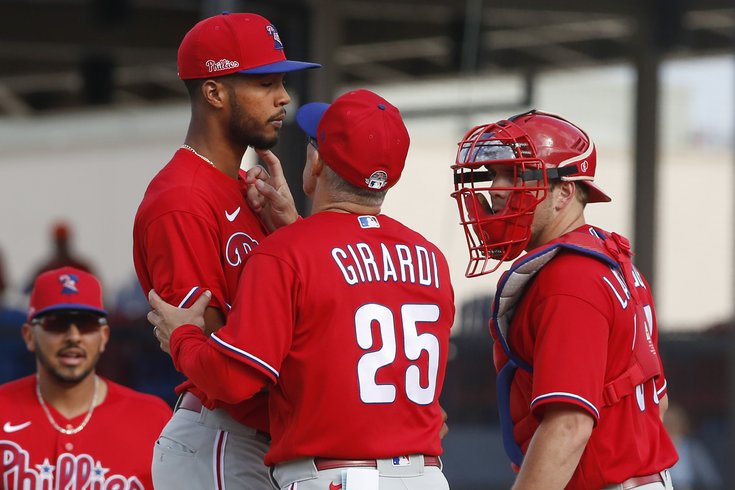 Earlier this year, we took a look at what the Phillies bullpen may look like in 2020. In doing research for that article, we found some pretty enthralling stats about the unit in 2019, the group that got so injured and was so inconsistent, it may have been the   proverbial straw that broke the camel's back to end Gabe Kapler's time in Philly.

The Phillies bullpen in 2019 was an adventure. The unit wasn't the worst, but it wasn't very good either. Their ERA was 16th of 30 teams (4.36) and opposing batters hit .258 off them (24th). Also in the friendly confines of Citizens Bank Park, they surrendered 102 homers in relief, the eighth most in baseball. The pen did, however, have ridiculous injury issues to contend with all season long. Of 22 players who spent time on the injured list, 13 of them were relief pitchers. And because of that, they tore through their bullpen reserves and then some last year.

The Phillies have a new manager now, Joe Girardi, and he spoke at length before spring training began about how important it would be for him to have a healthy (and therefore consistent) bullpen.

A bevy of important arms are expected to be healthy again this season. Let's take a look at how the bullpen is projected to shake out when camp breaks in a few weeks:

There are more than 20 arms trying to get a place in the Phillies' bullpen. Here is our latest projection of who'll be in the 'pen on March 26:

It's also worth mentioning that, at least according to Girardi, David Robertson could return from Tommy John surgery sometime before the season is over. There clearly are a lot of options, and the Phillies brought in some veteran pitchers to compete with their young guns to try and bring the level of skill as a whole up in the 'pen.

Here's a look at how MLB analytic database FanGraphs.com sees the Phillies' bullpen, a unit they have ranked No. 18 in baseball, panning out based on their 2020 projections:

Clearly they are not as high on Liriano making a big impact as we are, but the amount of work they foresee the top five pitchers  putting in implies health, which is a good sign.

The 2020 season will bring a new element to the bullpen — the three batter minimum. It will be interesting to see how the Phillies manage this change. It will likely have an effect on lefty specialists Morgan and Suarez as each could be forced to face more right-handers than usual.

Just like with starting pitching, the Phillies look to have either the third or fourth best bullpen in the division by preseason rankings and projections. Last year the NL East had an abundance of lackluster relief pitching. Here's a look at how the division lines up for the upcoming season:

The Mets return most of their relievers from 2019, but it's who they added that could make this a Top 5 bullpen in 2020. Betances was a Phillies' target last year and, if healthy, can be a really reliable late-inning arm. Michael Wacha, a former top tier starter in St. Louis, is looking to start a second act relieving as well.

Atlanta's 'pen is completely different than it was last year. Why? Well, they made a ton of acquisitions via trade and free agency. Meloncon (from the Giants), Shane Greene (from the Tigers) and Will Smith (free agency) are the top three options and each was with a different team last year. Will they mesh to become a cohesive and effective unit?

The Nationals won a World Series title in 2019 despite having the worst bullpen in baseball during the regular season — a group that had an MLB high ERA of 5.66 in 500.2 innings pitched. Clearly there is nowhere for them to go but up.

Miami will be the worst team in the NL East in 2020, and their bullpen kind of reflects that...

The best thing about the injury-rattled bullpen of a year ago was that so many young pitchers got big league experience. If the Phillies need depth from the minor league ranks, they can turn to J.D. Hammer, Cole Irvin, Enyel De Los Santos, and Victor Arano.

There are also some really talented prospects in the pipeline who could contribute in the bullpen at some point for the first time this season.

Here are the minor league numbers for some of the young non-roster invitees currently in camp:

If none of these guys make the roster out of spring training, they'll be waiting in the wings in Double- or Triple-A.