The former cop, Philip Nordo, awaits his own trial on rape and sexual assault charges 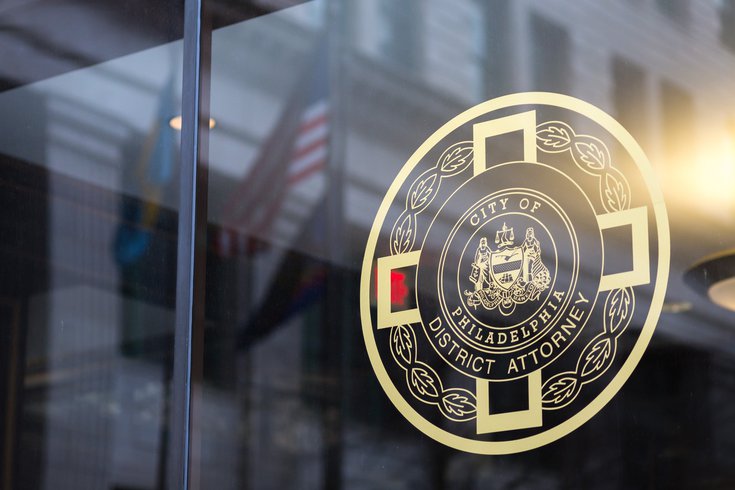 Arkel Garcia, who had been convicted in the high-profile 2013 murder case of Christian Massey, had the life sentence he is was serving vacated by a Philadelphia judge on Friday. The Philadelphia District Attorney's Office's Conviction Integrity Unit investigated the case because of its connection to disgraced former Philadelphia Detective Philip Nordo.

The Philadelphia man sentenced to life in prison in what became known as the Beats headphones murder case, had his conviction vacated in court on Friday. A judge determined the case, stemming from the 2013 fatal shooting, was compromised by the misconduct of a former homicide detective with a troubling history, including allegations he sexually assaulted multiple suspects and witnesses in the cases he investigated over the years.

Philadelphia Common Pleas Judge Tracy Brandeis-Roman threw out the 2015 conviction of 26-year-old Arkel Garcia, who was imprisoned for the fatal shooting of Christian Massey that happened two days after Thanksgiving in 2013.

The District Attorney's Office will not be refiling charges in the case.

Massey, 21, was shot in the Overbrook neighborhood. He survived briefly afterwards and told police that he was held up for the $300 Beats by Dre headphones he'd purchased the day before, on Black Friday. When he refused to turn the headphones over to his assailant, Massey was shot multiple times in the torso and forearm. The gunman fled the scene without the headphones.

The case got local and national attention, in part, because of what investigators painted as the motivation for the robbery: the pair of expensive and popular headphones. The other compelling element was the victim's life story.

Massey was a West Philly native who had special needs. When he was 12 and his mother was battling substance abuse problems, he was sent to live at the Don Guanella School, a residential care facility for children with intellectual disabilities run by the Archdiocese of Philadelphia in Marple, Delaware County.

Later, he was mainstreamed at Marple Newtown High School, where he played basketball, lacrosse and football before graduating in 2011. At 6-foot-2 and weighing more than 300 pounds, friends and family described Massey as a gentle giant, and they rallied to raise funds for his funeral and honor his memory.

At the murder trial, investigators laid out a case that Garcia was the man who shot Massey, though there was no weapon recovered, no DNA or fingerprint evidence and no witnesses identifying the defendant.

Garcia had purportedly had confessed to the murder to former Philadelphia police homicide detective Philip Nordo. This confession became a central facet of the prosecution against him. Garcia and his attorney, Joshua Scarpello, denied that he was the shooter and said that he had no involvement in the killing.

Video evidence prosecutors presented at the 2015 trial contradicted details of the confession, and the poor quality of the footage did not show the shooter's face or other details of his appearance.

Nordo, 54, was fired by the Philadelphia Police Department two years after the trial, in 2017, ending a career that spanned more than a decade. Then a grand jury investigation in 2019 found Nordo used his position of power to intimidate male witnesses and groom them for sexual acts.

He was accused of displaying his firearm during interrogations and allegedly would arrange to handle the cases involving gay inmates who were scheduled for release from prison.

The report also alleged Nordo stole approximately $20,000 in city funds by falsely claiming reward money and other incentives for his sexual abuse victims.

In light of allegations of rape and sexual assault against Nordo, the Philadelphia District Attorney's Office's Conviction Integrity Unit, which Larry Krasner started after he was elected, began to examine cases the detective had worked on, including the Massey shooting.

"Information known to this office about former Detective Philip Nordo's alleged misconduct, which generally involved allegations of his abusing his power to sexually assault and groom young men who were either suspects or witnesses, was never disclosed to Garcia's defense counsel, a clear violation of his due process rights and an abdication of the prosecutor's oath to seek justice," said Patricia Cummings, supervisor of the Conviction Integrity Unit, which was established by Krasner in 2018.

"Had the jury at the time known about Detective Nordo's history of allegedly abusing his power as a homicide detective to coerce incriminating and unreliable statements from witnesses and suspects, including his alleged acts in this case – which our investigation uncovered – there is a reasonable probability the jury would not have convicted Garcia, in our opinion," Cummings continued.

The D.A.'s investigation found numerous problems with evidence collection under Nordo's lead, as well as the failure of past D.A. administrations disclose the allegations against Nordo.

It also reaffirmed that there is no forensic or eyewitness evidence linking Garcia to the Massey homicide. The case against Garcia relied primarily on the confession Nordo allegedly obtained and other information provided by a confidential informant about Garcia's participation in the robbery.

"Garcia's purported confession was obtained after he was detained overnight and after Nordo, acting alone, conducted an unrecorded interrogation of Garcia for two hours," Krasner's office said.

Krasner's office said patterns of official misconduct by Nordo were known as early as 2005, but that didn't prevent him from being promoted by the police department and serving as a frequent witness at homicide trials, without disclosure of his alleged sexual crimes.

At least eight homicide prosecutions and convictions connected to Nordo's misconduct have been dismissed or vacated.

"As a prosecutor tasked with reforming an office and an institution plagued by unchecked abuses of power for decades, there is no cause for celebration in this matter," Krasner said Friday. "Our office and the courts found Garcia's trial was fundamentally unfair, but he remains in prison serving a sentence connected to an assault in the courtroom when he was found guilty of Massey's murder."

At his sentencing hearing in 2015, Garcia got into an altercation with a deputy sheriff and later pleaded guilty to aggravated assault. He remains in prison for these offenses.

Notably, after Garcia's murder conviction, law enforcement did not retain the Beats By Dre headphones as physical evidence in the case. This prevented them from being re-tested using more advanced forensic technology than the methods available at the time of the original investigation. Re-testing of other evidence did not yield any new information, Krasner said.

"The family of Mr. Massey – by all accounts a promising young man who grew up in challenging circumstances – has been retraumatized by a criminal legal system that not only did the wrong thing the first time, but may have irreparably damaged any chance of identifying and bringing to account those actually responsible for an outrageous act of violence," Krasner said.