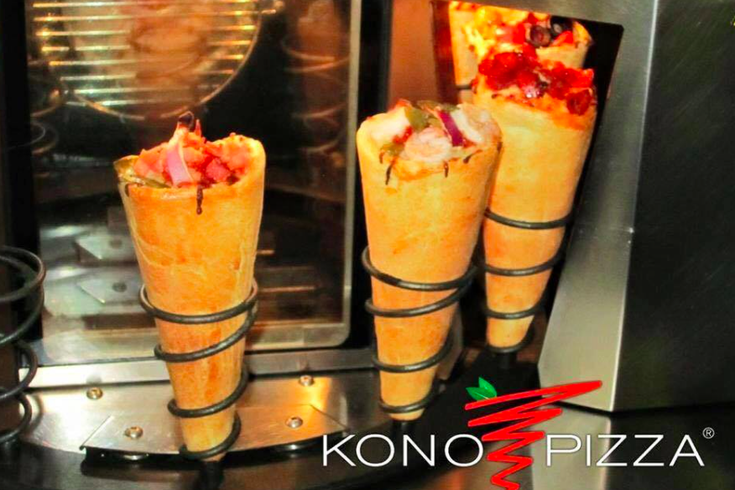 Pizza comes in all shapes and sizes, but for the first time in Pennsylvania, the pizza-on-a-cone concept will debut next month at the King of Prussia Mall.

Kono Pizza, the national chain featured on "Good Morning America" in 2013, announced in a Facebook post Monday that the company will open up shop April 1.

The menu at Kono Pizza consists of both classic pizza styles and treats. Pizza lovers will have a choice of cones including meat ball, pepperoni, sausage, vegetarian, chicken parm and traditional style. If you're looking to satisfy your sweet tooth, options include cannoli, Nutella classico, tiramisu, white chocolate raspberry cheesecake and several variations using Ghiradelli chocolate.

There are also kids' pizzas and brownies and bundt cake for dessert.

Kono Pizza currently operates another kiosk location at the Cherry Hill Mall. The company's 10 existing locations will be expanded to 49 as shops open up in Idaho, California, Texas, Washington D.C./Maryland and Pennsylvania.