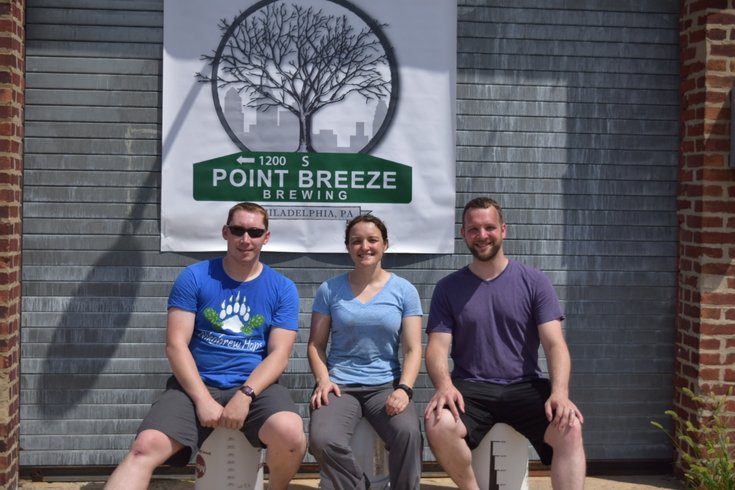 From left to right: Point Breeze Brewing Company co-founders Patrick Rhine, Kristen Nicholson and Kyler Nicholson, outside of their brewery. Rhine and the Nicholsons, along with Assistant Brewer Scott Allen Motisko, make up the brewery.

After raising $5,788 in startup costs, the Point Breeze-based team of four has been awarded its license to brew out of 28th and Oakford streets. At that 600-square-foot space, on the border of Point Breeze and Grays Ferry, they'll start by distributing to bars in South Philadelphia.

The first official release will be the Point Breeze Pale Ale, a white wheat malt, on tap at select bars in October or November; following that will be a Madira IPA offered exclusively at Madira Bar & Grill at 1252 21st St. Soon after, a West Passyunk Porter, made in collaboration with West Passyunk Neighbors, will grace taste buds. More brews will follow in the winter months.

You'll also, in the near future, be able to try some of their brews by-donation at certain South Philly events, including a pre-festival event for South Philly Sausage Fest.