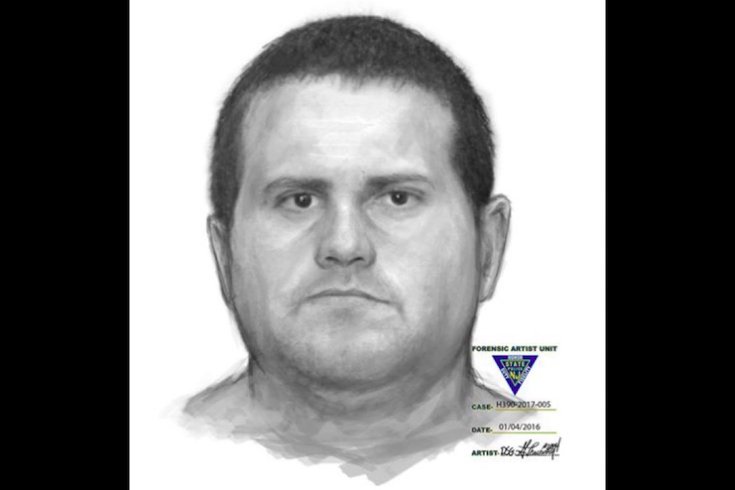 Evesham Township police released this composite sketch on Thursday of a man who allegedly exposed himself to two teenage girls on Dec. 30, 2016. The suspect is described as a 'Chubby' white male between 30-40 years old. He was driving a Jeep Cherokee or similar style SUV.

UPDATE, Jan. 5, 2016: Evesham police released a composite sketch on Thursday of the man suspected of exposing himself to two teenaged girls in township last week.

Read more information about the incident below.

Police are asking the public for assistance Saturday identifying a man who chased two teenage girls while naked in South Jersey.

A 15-year-old girl and a 14-year-old girl reported that they were walking to the basketball courts when they observed a black Jeep driving by them. Investigators said the vehicle "struck their attention" because the male driver was not wearing a shirt.

Minutes later, the man, who was completely naked, stopped the car and ran toward the girls. They ran home while the man returned to his vehicle and fled the area. Police said the man did not say anything during the encounter.

Police describe the suspect as a "chubby," white man in his late 30's and early 40's. He had a "faded-style" haircut and was clean shaven. The vehicle is described as a black "Cherokee style" Jeep with no tire and white decal on the right side of the window.