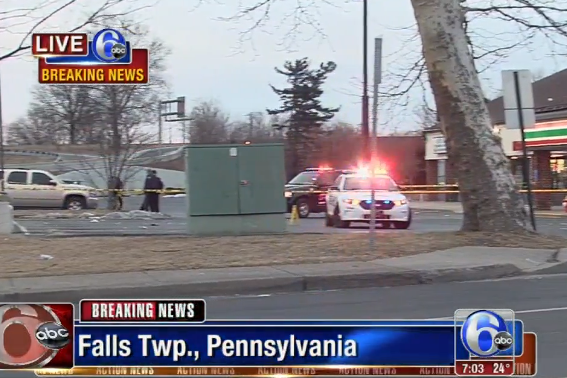 Video footage from 6 ABC of the 7-Eleven where the incident occured.

A confrontation at a Falls Township 7-Eleven led to a police officer being injured early Saturday morning, according to 6 ABC.

An officer approached a car in the parking lot of the convenience store that had been reported stolen. The driver of the vehicle reversed, hitting the officer and the patrol car.

The suspect fled and the officer fired off shots, striking the suspect in the chest.

The officer was taken to Aria Hospital with non-life threatening injuries, while the suspect was taken to St. Mary's Hospital in Langhorne.

Sabrina Kuriakose of Fox 29 provided an update on the conditions of the officer and the suspect: