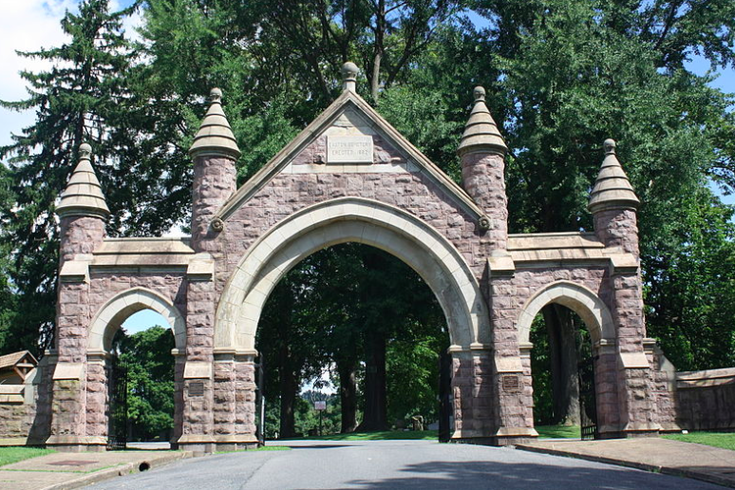 7th St Gate to the Easton Cemetery, a historic cemetery and burial site of many notable individuals, located in Easton, Pennsylvania.

A substitute high school teacher is facing criminal charges in Easton after police say she was caught having sex with a 17-year-old male student earlier this month at a local cemetery.

On May 6, according to authorities, police found 49-year-old Kelly Aldinger having sex with a 17-year-old student at the Easton Cemetery off North Seventh Street, Lehigh Valley Live reports.

Investigators say the relationship between Aldinger and the student began in 2015 and developed out of an initial meeting when the teen was still in middle school. He's now a junior in high school.

Aldinger was an employee of Source 4 Teachers, a national substitute staffing service contracted by the School District of Philadelphia but dropped earlier this month after less than a year.

Source 4 Teachers spokesman Owen Murphy said Aldinger has been suspended indefinitely and that the company is cooperating with school district officials and law enforcement officers.

Police charged Aldinger with Institutional Sexual Assault and will investigate whether there were additional instances of sexual contact with the student.